Update: we have extended the deadline as the contest was over early and some users were not able to upload their research. So the final deadline is until the next Sunday.

This contest is for a prior art search for two US Patents RE45145 and RE48600, which describe a wing pulley for a conveyor belt.

The pulley is made up of two spaced cylindrical hubs with a number of wings extending radially from the hubs.  The wings are generally oriented in V-shapes, and the convergence point of the V shapes generally corresponds to the direction of the pulley’s rotation. 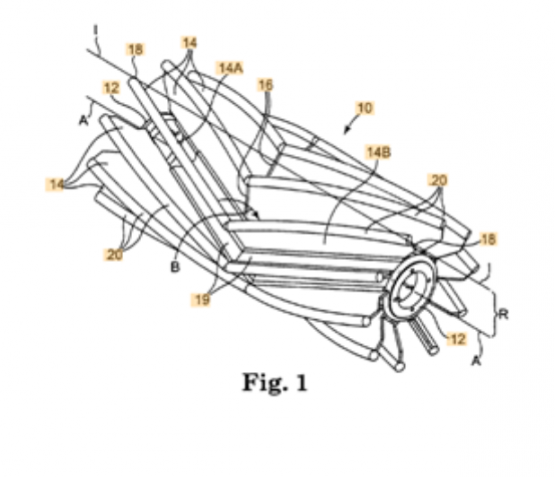 The pulley’s V-shaped wing configuration is intended to laterally deflect debris (like sand and gravel) away from the pulley and its conveyor belt as the pulley spins.

When viewing the pulley’s hub straight-on, each wing connected to the hub is angled forward of a radius of the hub (see angle “C” below in relation to radius “B”) in the direction of the pulley’s rotation (see arrow “D” below). 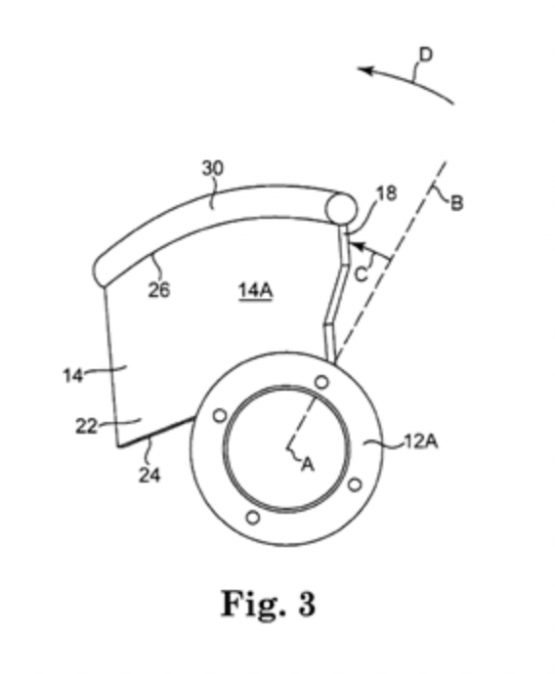