Patexia is looking for prior art relating to a device which includes light emitting diodes (LEDs) with at least two LEDs with a phosphor to produce two different spectrums. The device further includes a processor and the appropriate user interface to take the data and configure / control the color of each of the two LEDs independently based on the data. It provides the ability to vary the intensity of each of the two LEDs and as a result vary the color temperature of the resulting spectrum within the pre-selected range of color temperatures.

Please note that it is not necessarily required, that both LEDs to be different types of LEDs, because it is known that the spectrums of LEDs with a phosphor shifts dependent on the applied current. So a device with two white LEDs that are differently electrified to vary the light temperature of the emitted (superimposed) light might meet the requirements as well. 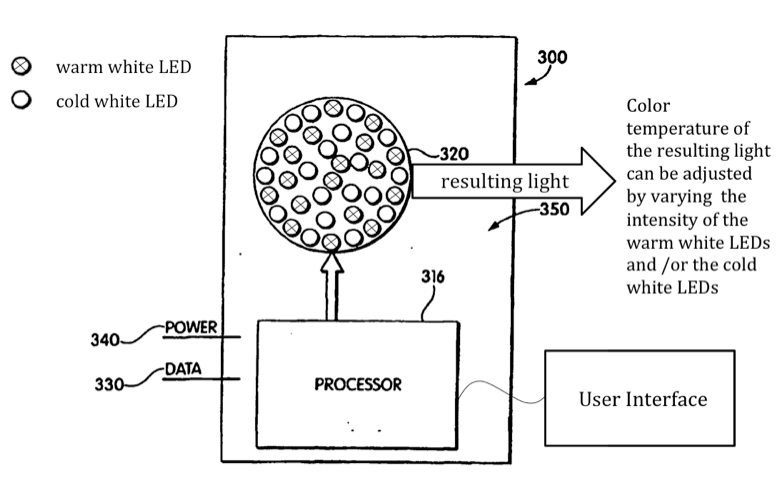 Submitted documents describing this system must be:

+5 bonus points will be awarded for non-patent literature and for foreign language references as explained above.