If you are new, check out our tutorial contest first, and refer to the submission notes below. The following questions will help you understand specifically what we are looking for in this study.

We request previously undiscovered prior art including product documentation, patents and non-patent literature which can cover the technology described herein. This technology involves a touch-sensing or mouse-operable display with movable objects which incorporates a “throw” gesture for removing image objects from the screen if they have been dragged at a speed higher than a “threshold velocity.”

We’re looking for a description of a screen displaying objects which the user can move by touching the objects (or clicking them with a mouse) and dragging the image on this device’s screen. In particular, when an image is dragged and moved faster than a certain threshold velocity, the device removes that image from the screen. The use of a threshold in this way is critical. The description preferably should include that the system automatically replaces the image removed, but that is not necessary for all claims. 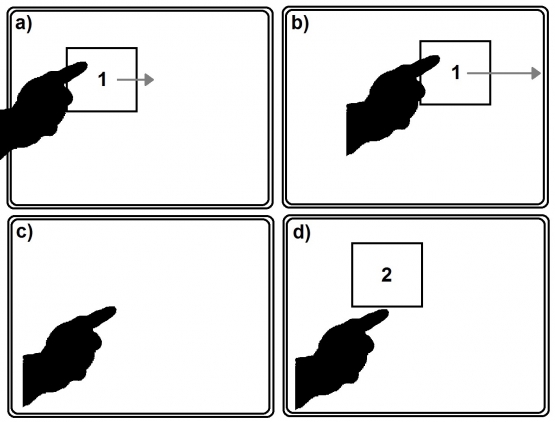 Figure 1: diagram of basic “throw” gesture. a) user selects an image and drags it across a screen, b) the image is dragged with a velocity greater than a particular “threshold” velocity, c) the system removes the image from the display, and d) a second image automatically appear to replace the first.

Further, the description preferably should include choosing a replacement image dependent on the direction of the throwing gesture, based on some or all of the following: 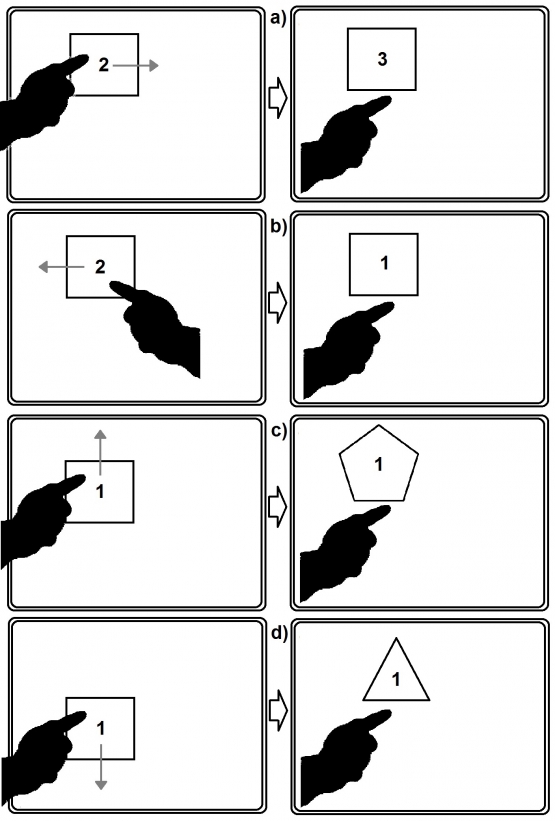 Sources included in contest submissions should clearly describe a device with some or all of the above features. Source material can include patents or patent applications filed before August 28th, 1997, or non-patent literature, and particularly non-printed sources such as products, prototypes, research demonstrations. Submissions of these non-patent sources is strongly encouraged. Such material must have been publicly before August 28th, 1997.

The following questions will help contestants identify and clarify the specific criteria we’re looking for, as well as help us selected winning prize entries. The winner will be the first submission to answer the most questions beyond 1-3 and provide a clear, concise indication of where in each source we can find the pertinent support for each question answer. All sources must be clearly dated before August 28th, 1997, otherwise they will not be considered for contest prizes. Does the source describe...

Patexia will evaluate each response to ensure each question has been satisfactorily answered. We will determine the contest winne and runners-up based first on the number of correct "yes" responses and second on the order responses were submitted. We will award 80% of the contest prize to the winning submission, and will distribute the remaining 20% among the qualifying runners-up. If the winning entry was referred by another user, a $500 referral prize will be subtracted from the 80% winner's award. Winner selection is based on community responses to Patexia's research questions and does not constitute a legal opinion on patent validity or related litigation.

The following US patents are known prior art related to ‘318. Please do not resubmit them. Entries relying on known references will not be considered for contest prizes.