Patexia is looking for prior art relating to the tire pressure monitoring system (TPMS) which includes a transmission buffer and a transmitter to transmit signal burst wirelessly. The system has a control program and is capable of customizing the signal burst.

The method for transmission of the sensed tire pressure information is by executing a control program and not by using any codes that identify a protocol or format. The term code means a separate, portable entity, (e.g. a manufacturer’s code such as a UPC code).

In other words, since manufacturers’ codes are not used, there is no need to engage a special  programming device to select these codes.  The tire pressure monitoring devices described herein  can be retrofitted into existing tires without the need to select manufacturer’s codes or engage a lengthy and expensive programming process. 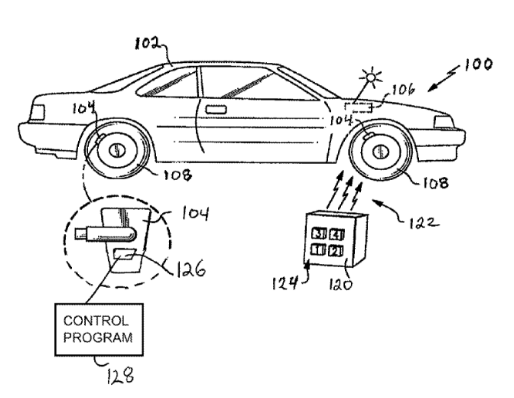 Submitted documents describing this tire pressure sensor system must be:

+5 bonus points will be awarded for non-patent literature and for foreign language references.