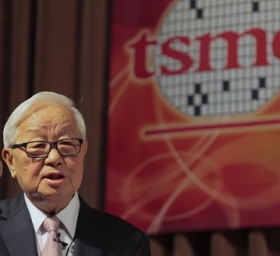 The semiconductor market is getting both larger and smaller every year. According to reports by ICinsights.com, the twelve companies that accounted for 81% of the world's semiconductors in 2011 are now up to 89%, and all signs point toward this trend increasing. Given the prohibitive costs of launching a new foundry, the winners tend to keep winning, and new challengers are few and far between.

In a surprise to absolutely no one, TSMC (Taiwan Semiconductor Manufacturing Company) holds the top spot yet again. Sales went up 10% in the past year, for a total of about $16.7 billion. For perspective, that's more than the other top five companies combined, and nearly quadruple the second-place GLOBALFOUNDRIES (who, in turn, has nearly a 4x lock on caps).

Neither one is exactly a household name, despite providing the ICs for half of the technology products that you'll run across on a daily basis. In fact, unless you happen to be especially well-informed about the manufacturing (or investing) end of tech, you probably haven't spent much time thinking about 10 of the 12 names on the list. 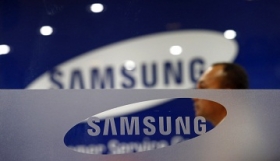 Only Samsung and IBM enjoy mainstream recognition, and it's no coincidence that they're two of the three integrated device manufacturers (IDMs) on the list. The IDM dark horse is MagnaChip, whose performance over the past year has made potential investors alternately excited and dubious. Should the semiconductor market experience a further trend of consolidation, it's safe to say that MagnaChip will be among the first to be acquired (or possibly to DO the acquiring, depending how much cash the company sets aside for such strategic maneuvers).

All analysts agree that Samsung is in a key position. Currently, they're the world's top mobile manufacturer as well as the number four semiconductor foundry -- and number one when it comes to IDM, with IBM at number ten and the aforementioned MagnaChip at the very bottom of the dirty dozen.

Samsung's well-publicized legal struggle with Apple hasn't stopped the flow of Samsung chips to Cupertino, which currently accounts for an 85% share of Samsung's foundry sales. This is of keen concern to both companies and their investors, but the prevailing wisdom is that Apple's gradual migration to TSMC (and/or other foundries) will be mitigated, and then some. In 2012 alone, Samsung is forecasted to grow sales by 54%, and contend with UMC for the number three spot next year. Currently, a paltry $3 million separates the two; UMC's 2012 loss of 5% is notable, but Samsung's 54% gain (following a staggering 82% gain last year) makes them the biggest mover of the bunch.

Interestingly, the second-biggest mover was WIN Semiconductors, having leapt to the big leagues with 43% growth. WIN is benefiting greatly from taking advantage of surges in the Gallium arsenide (GaAs) semiconductor market, a field that few of its fellow fabs find favorable (IBM is exploring the experimental end, with some fascinating results, but has very little lucrative investments in GaAs).

Solar cells and nano wires (and the occasional catastrophic natural disaster) continue to make GaAs a substrate to watch, but where semiconductors are concerned, silicon still rules the playing field. WIN's net income and profit margin continues to slip even as revenue climbs.

The U.S. still accounts for the lions' share of semiconductor sales, with approximately 65%, while Asia/Pacific manages a distant second place around 22%. Although this generally follows overall consumer and technology trend indicators, there are quiet forces that account for some of the disparity. U.S.-based (or joint U.S./Asia manufacturers) face some unique pressures, including the shifting background of intellectual property.

The America Invents Act was, in part, meant to limit the market impact of IP lawsuits, but the situation has yet to adapt to the changes. Indeed, the semiconductor industry itself faces some of the challenges that more typically involve software/method patents, including dubious patent suits such as Semcon Tech vs. IBM, Samsung, et. al. Along with the murky complexity of Apple vs. Samsung, it seems that litigation will increasingly affect the fortunes of tech industry even at the most basic level.