Search
Jovana GrbicAug 8, 2012Science and Technology
A spoonful of sugar (and a sensor) makes the medicine go down 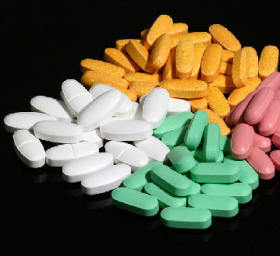 Ever forget to take your morning pills?  Or can’t remember if you have to take the blue pill today or the yellow one?  Suddenly, life just got a lot easier.  Proteus Digital Health announced this week that they had received FDA approval for an ingestible sensor inside of a pill.  The interactive ‘digital pill,’ which is approximately the size of a grain of sand and mostly made up of highly ingestible silicon, is meant to help patients adhere to their medication plans by sending a signal to a patch that the patient wears on their skin, which then transmits information to a smartphone application that can be shared with physicians, family members and other care givers. Formally referred to as an Ingestion Event Marker (IEM), the pill sensor is just one part of the Proteus Digital Health System, a complete end-to-end personal health system meant to improve personal health habits and foster connections to and communications with caregivers.

“The FDA validation represents a major milestone in digital medicine. Directly digitizing pills, for the first time, in conjunction with our wireless infrastructure, may prove to be the new standard for influencing medication adherence and significantly aid chronic disease management,” said Dr. Eric Topol, professor of genomics at The Scripps Research Institute and author of “The Creative Destruction of Medicine: How the Digital Revolution Will Create Better Healthcare”.

Proteus has worked since 2008 with the FDA to facilitate approval in the United States. UK retail pharmacy chains have already committed to selling Proteus smart pills side by side with non-digitized versions, and the company has partnered with drug maker Novartis to futher develop their technology for the market. They are hoping to apply research efforts to encompass a host of diseases and treatments that require strict adherence regimens, such as diabetes, Alzheimers, schizophrenia and other neurological disorders. Other applications that would also make sense are for HIV and TB treatment, especially in developing countries, where strict adherence is a life-saving necessity.  Indeed, HIV second line treatment failures in low and middle-income countries most often occur due to poor adherence. TB, which is a global epidemic, has proven particularly tricky to treat, compounded by the emergence of drug-resistant strains. A new promising cocktail shows efficacy against drug-resistant strains, but require up to three different simultaneous drugs for results. 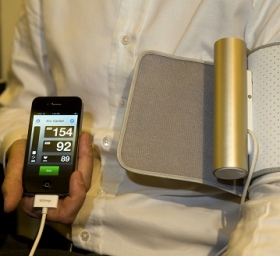 Future medical treatment across the board is bound to become more interactive, patient-centered and dependent on technology, both due to the rise of personalized medicine as well as the movement towards a digital health care revolution. With patients now able to communicate with doctors and monitor health through smart phone apps, the implementation of a two-way monitoring system for drug regimen is the next logical evolutionary step. Seniors, homeless and at-risk populations, patients battling debilitating long-term ilnesses as well as patients on confusing multiple-pill regimens should all benefit from having dosage and intake monitored. Antibiotic misuse, one of the largest contributors to resistance, will also be eradicated by making sure patients finish their courses of treatment properly.

The only negative that the company foresees in seeing this technology adopted is the ‘ick’ factor of people not wanting to swallow a “smart pill” that has a sensor inside of it. Proteus has already begun to mitigate this with a video showing that the sensor is essentially an organic-based model powered by stomach fluids that activate a magnesium/copper electrochemical reaction.  Nevertheless, even if safety of the pill is not in question, with growing safety concerns about the safety and integrity of personal data with electronic medical recordkeeping, the company will have to answer questions about who has access to patient data and how it is kept discreet.