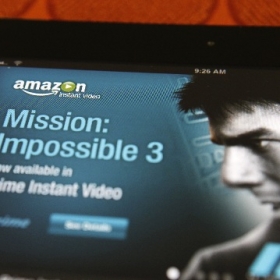 The tech IP vultures that circled around Nortel's demise reaped a hefty reward of patents, but at the cost of sharing the $4.5 billion patent windfall. Apple took the lion's share, but EMC, Ericsson, Microsoft, RIM and Sony also made out very well. Who was left out? Several likely companies, from Intel and Cisco to stalking-horse front-runner Google, and no-show Amazon.

More recently, Amazon began showing more of an interest in IP, but lost an auction to Microsoft for 800-plus AOL patents worth $1 billion-plus (Google and Facebook were also counted among the losers). Undoubtedly, this stung Bezos' baby into developing a more concerted IP strategy -- and this past week, Reuters revealed that Amazon had put out a call for an "Acquisition and Investment Leader" to lead the company's push to"identify and evaluate strategic IP acquisition and licensing opportunities." One of these opportunities is undoubtedly troubled imaging-turned patent troll Eastman Kodak. which recently announced that 1,100 of its patents could go up on the auction block.

On one hand, Amazon is not exactly short on patents themselves. The "non-exhaustive list" on the company's site is a tidy little bundle of e-commerce IP, with a few questionable software patents -- including a 1-click buying method, a Lodsys-baiting in-app purchasing method and a social networking patent, all of which have achieved a somewhat notorious reputation. Indeed, the last fiscal year was as significant for Amazon's litigation as for the company's behind-closed-doors acquisitions. 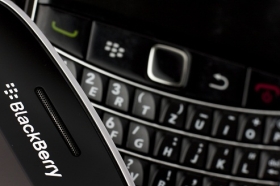 On the other hand, the majority of speculation about Amazon's evolving IP strategy revolves around a much different sort of patent, the kind that Nortel could have provided but Kodak is unlikely to satisfy. Namely, mobile device patents -- a rather crowded playing field, which requires the players to be well-stocked with IP ammunition simply to compete. However, it's also a field populated by a number of companies for whom licensing and selling patents may be a necessary (dare I say, "final"?) solution -- such struggling companies such as RIM and Nokia, who may feel that IP liquidation will provide enough revenue to halt, or at least stave off, the downward spiral.

Google's acquisition of Motorola Mobility highlights this trend of patent consolidation (dare I say, "annexation"?). The escalating cold war of tech IP has turned from a mere bubble into a state of mutually assured destruction, with a dizzying infrastructure of cross-licensing, and unending barbarian attacks from the non-manufacturing entities on the fringes. Amazon's e-commerce concentration may hold its own against companies with app markets and virtual currency, but as it stands now, Amazon going up against Apple, Google, and even Microsoft in the mobile market is like (in the immortal words of Sean Connery) bringing a knife to a gunfight.

The Kindle Fire was not simply Amazon testing the waters of a foray into mobile devices. Obviously, the company was determined to make it work, and it almost did -- the 2011 holiday season was full of hype about the "iPad killer" and initial sales and customer satisfaction almost bore that out. Yet the Kindle Fire could not sustain the momentum; sales slumped early in 2012, (or did they?) It seemed that Amazon would have no better luck than the other desirable Android tablet... for now.

But not everybody was dismissive about the threat to Apple dominance -- including Apple itself, about whom rumors of a 7" tablet went from Steve Jobs saying "never!" to Asian manufacturers saying "here are the parts for it". And Google's own Nexus 7 is both a consequence and a challenge -- at the same price point, Google and partner Asus have delivered a "pure Android" mini-tablet that makes the original Kindle Fire look rather Coby-ish by comparison.

Sure, Amazon's site  features Android tablets other than the Kindle Fire... there's a few Samsung and Asus models in the selection, but mostly you'll find the aforementioned Coby and, uh... LePan? Pandigital? Elsse? In other words, dubious discount tablets that don't really present much of a threat to the frankly satisfying AND affordable Kindle Fire experience. If Amazon were to make a Kindle Fire 2 that could compete with the bigger boys, they'd cover the affordable end and at least the mid-to-high end -- with all of the built-in marketing and virtual storefront real estate than any manufacturer could need.

Is Amazon prepping for a Kindle Fire 2? A Kindle Fire Pro? A Kindle Volcano? It's hard to say. Except that it's not; the Kindle Fire 2 has been all but confirmed for a while now,  and a Staples exec leaked the surprising news that five or six tablet SKUs had been reserved. That's a little too many to be only Kindle Fire 2 versions (hmm, 7" and 10" tablets, 8GB and 16GB versions of each... that's four already. Does it come in black?).

If that wasn't enough evidence, then how about the Amazon smartphone rumors?  Once again, it comes down to "unnamed sources familiar with the matter", as the Wall Street Journal might say. And there's yet another way that Amazon is more like Apple, who is notorious for saying absolutely nothing about what everybody knows is right around the corner (and less like Microsoft, who couldn't wait to tell us about their upcoming tablet).

Perhaps the most interesting development of the whole story was not the hardware but the apps; Amazon did not simply create another Android tablet, the company built a separate media infrastructure with a dedicated Appstore -- the only sizable non-Google, "non-unlocked" Android market --  and a direct path to Amazon audio and video... and, of course, eBooks. Amazon was taking cues from both Google and Apple, mixing the best of the integrated "walled garden" approach of the latter while retaining the flexibility of (and largely, compatibility with) the former.

Meanwhile, Amazon was developing Amazon Prime from a simple frequent buyers' program into a full-fledged media hub, complete with on demand streaming and downloading of video. Toss in amazon's impressive MP3 Store and Cloud Player, and suddenly you have a range of in-house offerings that seems a lot like... yup, iTunes and Google Play. All of these products seem somewhat independent of each other, scattered across Amazon's spectrum of products and services, surrounded by the usual Amazon clutter of related products, deals, menus and social media connections... but it would take very little consolidation on Amazon's part to turn the individual departments into a full-fledged mobile market.

In the tech race, a successful batch of mobile devices and a healthy stable of patents may be the only two pieces that Amazon needs to close the gap. Having developed an effective business model from a diverse and evolving set of products and services, it may be time for Amazon to create a more unified focal point. The company has to do something to replace the declining demand for physical goods -- what better way than to establish itself as an honest-to-goodness Brand (possibly even with a brick and mortar Amazon Store?). Maybe Google wants what Apple's got, and maybe Microsoft wants some of what both are splitting between them, but looking at the big picture reveals that Amazon has more than enough forces to match any of them, if the company can only tie everything together.EMC

Related Organizations
Graco a Minnesota Goodwill Industries of Mississippi Porsche Design Produkte Vertriebsgesellschaft mbH Gravity Tools, LLC One World Academy Lapins Holdings Pty Ltd
Tags
Patent Litigation patent troll
Share
Previous Post
Next Post
James McArdleAmazon (kind of like Google) has some pretty cool advantages when it comes to the mobile market by already existing in a whole bunch of other industries (online goods and services). If they can acquire the IP necessary to play with the big boys in the mobile market, they could be well positioned to leverage those strengths and be a key player going forward.
Aug 13, 2012
2nd Annual Patexia Mixer