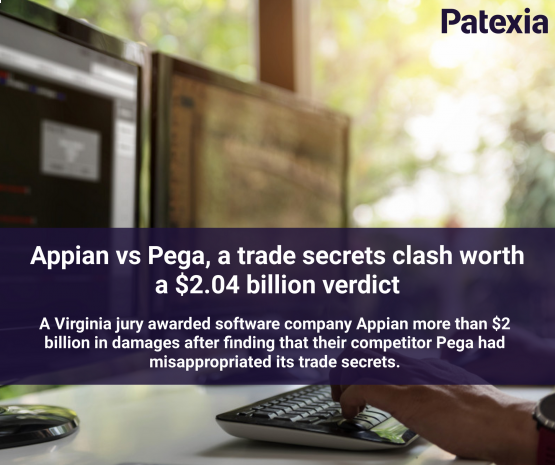 Just this Monday, following a seven-week long trial, a jury in the Fairfax County Circuit Court awarded Appian with over $2 billion as damages after their lawsuit filed in May 2020. Appian alleged that Pegasystems had engaged in corporate espionage and trade secret misappropriation by hiring a former employee of Appian who had provided them with confidential information about Appian’s software and its documentation and by doing so, violating his confidentiality restrictions. Furthermore, in court it was argued by Appian’s counsel that fake identities were used in getting several trial versions of Appian’s software and as a result they failed to compete with Pegasystems product. Appian seems to be pleased with what might be the largest sum awarded in Virginia state court history meanwhile Pegasystems strongly disagrees with the decision as not based on the facts presented in court. They will continue this legal battle by filing an appeal.

Interestingly on Tuesday, just one day after the decision was published, Appian’s shares went up by 25% meanwhile those of Pega fell by 20%. This shows how powerful and meaningful these verdicts can get for companies. Here you can find a copy of the jury verdict which awarded Appian the above sum.