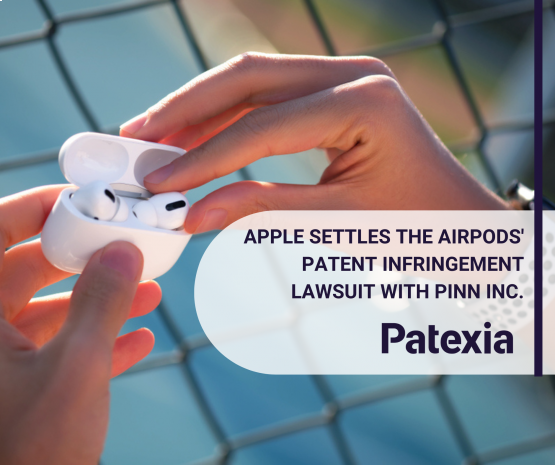 Just last week, Apple settled a lawsuit filed by Pinn Inc., that targeted its AirPods accusing them of patent infringement. It all started in October 2016 when Seung Jin (“Sean”) Kim, founder of Pinn Inc., sent an email to Apple informing them of the claims in their U.S. Patent No. 9,807,491 related to electronic devices with wireless earbuds. In December 2016 Apple launched the AirPods which according to Pinn, infringed the patent in question. After Apple started selling the second-generation AirPods in March of 2019, Pinn filed a lawsuit against them over patent infringement. In the complaint filed, they asked for a judgment in favor and damages awarded for past and future damages coming out of the alleged infringement.

Apple, on the other hand, demonstrated that its engineers had been working with the AirPods prototypes since 2007 and filed patent applications in 2015. Experts presented their arguments and the case was about to end in August 2022, however, the judge declared a mistrial over two jurors' misconduct. While another jury was to be assembled and the case to be presented again, the parties informed the court that the matter has been settled.

This is not the first time that Apple’s AirPods have been targeted by lawsuits alleging patent infringement. Just this July, they settled another lawsuit filed in 2020 by Koss Stereophones while currently facing another lawsuit related to noise cancellation technology.