Search
Mikele BicolliApr 29, 2022Legal
Apple vs Microsoft, the Dispute over the Ownership of the First Graphical User Interface 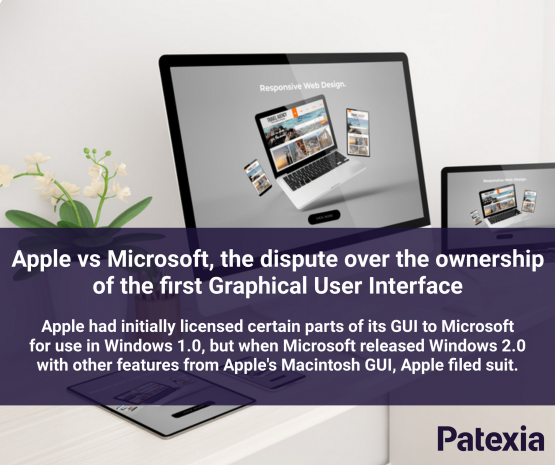 You have probably thought that in a copyright case you will see a book or song writer, or another form of art author, but check this case where the elements of GUI were protected by copyright leading to a lawsuit filed by Apple. It all begun since Microsoft had access to a prototype of Macintosh before the release in 1984 as an outside developer. After Macintosh got released, Gates asked Apple’s CEO John Sculley and suggested they licensed the Macintosh operating system to other manufacturers in order to make it as the standard interface for PC. Sculley that was recently appointed CEO taking over the Mac project from Steve jobs, refused this idea. This resulted in the Windows 1.0 release in late 1985. In some aspects it was different from Mac, however the systems shared a lot of similarities. A notorious example were the Write and Paint apps which were similar to the MacWrite and MacPaint. In this time, both Microsoft and Apple were committed as partners with Microsoft achieving two thirds of software sales for Mac. This and the fact that some of the GUI work used licensed technology from Xerox, made Apple draft an agreement instead of a lawsuit, where Microsoft was licensed to use elements of Mac’s GUI for present and future software. Two years later in 1987, Windows 2.0 was released which shared more similarities with Mac which led to the lawsuit filing by Apple for copyright infringement. Microsoft claimed that all of the similar elements between the software were covered by the license agreement and indeed the lawsuit didn’t work well for Apple. Windows 2.0 was considered a future program covered by the previous agreement so in 1989, Judge William Schwarzer found that 179 of the 189 elements of Apple’s lawsuit didn’t infringe Mac copyright as these elements were part of the agreement. The remaining ten as Microsoft defended, were considered ideas and by definition were not eligible for copyright protection. The Apple’s attempts to appeal this decision were ended by the Supreme Court in 1995, where it was decided that Apple cannot get patent-like protection for the idea of a graphical user interface, or the idea of a desktop software under the copyright law. This event started a good decade for Microsoft which dominates to this day the operating system market meanwhile it is believed that the loss was one of the reasons that made Apple return Steve Jobs and in time grow into the tech giant that is today.