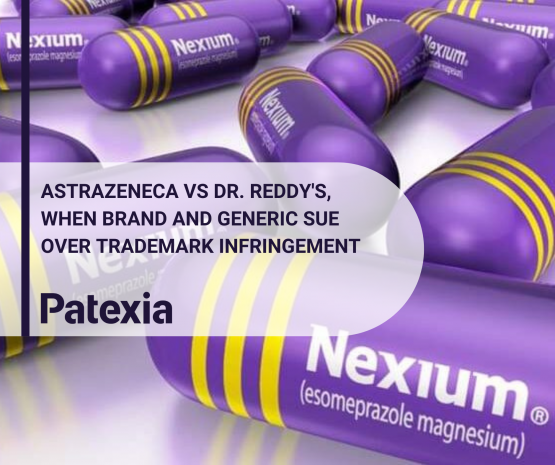 The FDA evaluates the generic versions of a drug and approves them only if studies show that it is bioequivalent with the brand, meaning that both drugs have the exact same amount of the active ingredient. As for size, color, shape, and other visual characteristics, generic brands look different, which is actually a legal requirement due to the trademark law. Last week, we discussed this and asked the question if there was any case of brand vs generic litigation over trademark infringement.

It happened in 2015 with a lawsuit involving AstraZeneca and Dr. Reddy’s Laboratories. Nexium’s patents, a proton pump inhibitor manufactured by AstraZeneca to treat heartburn, expired globally in May 2014. Together with Procter and Gamble, AstraZeneca also controlled the sales of another heartburn treatment called Prilosec.

Both of these drugs, besides being patented, were also trademarked as they became successful treatments worldwide. Nexium in 2021 alone generated $1.33 billion in revenue despite several generics competing. When Dr. Reddy’s started manufacturing the first Nexium’s generic drug, they used the light purple color for one side of the fill and the purple color for the other which was actually the color of both of the brand pills.

AstraZeneca objected to this and filed a lawsuit against them in 2015 claiming that the use of this color is likely to cause confusion among consumers. In court, AstraZeneca argued that thanks to expensive marketing campaigns, the public associated the purple color with its two bestselling drugs when it came to gastrointestinal diseases. Even the website for the Nexium pill was registered as purplepill.com. Based on the evidence provided, Judge Sue Robinson issued a temporary restraining order that stopped the sales of Dr. Reddy’s generic. With the court siding with AstraZeneca, ultimately Dr. Reddy’s changed the color of the pill to blue and as a result the restraining order was lifted.

Interestingly, Pfizer launched a generic version of Nexium that was also purple, but only after an agreement with AstraZeneca and having to pay royalties for the sales of their drug.