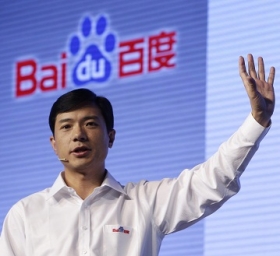 The Google of China is called Baidu. Baidu is already the dominant search engine throughout China, catering to a projected 61% of the market share in regards to internet searches (Google accounting for 34%). Still, the search engine market is migrating to the smartphone. China is watching as other markets, such as the US, demonstrate a consistent crossover to smartphone OS for a substantial amount of their internet use. With numbers like ‘97% of Chinese middle class owning a smartphone’, Baidu’s newly defined focus on their smartphone OS is no surprise. Still, there are a few interesting facts regarding their proposed strategy. The most interesting being the low price combined with a 100 GB cloud storage account, the cloud storage being absolutely free of charge. My take: good call.

The price point being pursued for this smartphone production and OS implementation is set with a ceiling of 1,000 RMB (approximately $157). When taking into account the average smartphone price for leading smartphones here in the US, and you might be wondering how that could even be possible. Apparently it is, for a variety of reasons. The first, and most intriguing to me personally, is leveraging 100 GB of cloud storage per user to take the pressure off manufacturing in high memory capacity. This new cloud-based approach replaces the previous ‘Baidu Yi’. The downside is an increased dependency on internet to access data, but this seems small when the price tag for the smartphone drops to $150.

An additional feature reduction from the standard smartphone is the 3 megapixel camera. The 1,400mAh battery and 3.5 inch touch screen however are more or less on par with the industry, demonstrating serious value being captured for the price point established. The production of the phone stems from a Baidu partnership with Changhong, working collaboratively with the infamous Foxconn to manufacture the phone itself. Although the current smartphone market in China only represents 15% of China’s 1 billion mobile phone subscribers, a more affordable option would be well-placed to capture a reasonably large chunk of the additional 85%. After living some years in China I noticed that the prices for an iPhone in China hover around what they actually are prior to the subsidies US smartphone users derive from cell phone providers, namely upwards of $500. A smartphone priced at a third of that stands to compete in a big way. 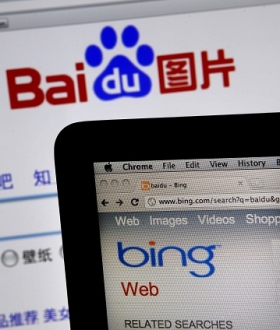 One additional note of interest is the dominance of Android-based phones in China. The estimate is that 70% of smartphones in China are based upon the Google Android open-source OS. However, as anyone who has browsed the web in China has frustratingly noted, the Great Firewall is not always in agreement with Google. Youtube is blocked in its entirety, in fact, along with various social networks. Baidu’s new cloud-based array of services include video streaming, maps, music services, e-readers, and the list goes on. It is probably a reasonably safe prediction to expect speeds to be better on Baidu, as the standard website- blocking hurdles will probably be omitted entirely. This is not to mention that Baidu is much more in touch with the specifics of the demographic, along with what trends in news, videos, and music their customers will identify with most. Considering this demographic represents almost 20% of the world, Baidu’s development of a more localized smartphone stand to make some serious waves in the industry.

The takeaways from this are fairly straightforward. The cloud approach to data enables manufacturers to cut costs, which can be forwarded on to the consumers, and the growth of Baidu as a smartphone OS looks to be well poised for success. Their manufacturing partnerships and simplified features, when combined with the cloud, will bring down their prices to be localized with Chinese average incomes. This could have drastic implications for android-OS in China, as it will further localize and improve interactions with government website filters and the consumers themselves. I’d suggest keeping an eye on Baidu’s success, there will be lessons to be learned as they carve out this low-cost niche.