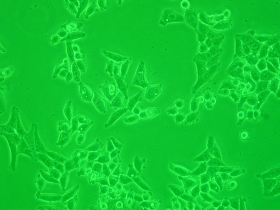 In a recent article published on the open e-print service arXiv, the role of biophotons in cell communication was analyzed by researchers looking for clues from fish eggs. The evidence suggests that biophotons function as cross-talk between cells, and the result is synchronization of cellular growth and development processes in living organisms. The interesting question is what if we could control cell growth and development by mimicking biophoton behavior? If we could communicate with cells this way, maybe we could target certain cells types, such those involved in cancer or autoimmune diseases.

Biophotons are “ultraweak photon emissions of biological systems.” Photons are “an elementary particle, the quantum of light and all other forms of electromagnetic radiation, and the force carrier for the electromagnetic force.” Biophoton signals are undetectable by the naked eye, and require special instruments that detect optical electromagnetic waves, i.e., light waves. The concept of cellular communication with light is still in its infancy, but was first discovered in 1923 by Alexander G. Gurvich who coined the term, “mitogenic rays.” In 1974, Fritz-Albert Popp is credited with proving the existence of “biophotons” and developing the biophoton theory which explains the way they may control biochemical processes.

Scientists have long been studying biophotons to determine their role in cell growth, development, duplication and regeneration. It is generally accepted that cells respond to light in a way that affects their growth. The concept goes back to photosynthesis, where cells absorb the light energy and use that energy as fuel for life. When sunlight isn’t available, an organism may adapt by harnessing an alternative energy from its environment. Biophotons are no more than an alternative energy source for cells, but Sergey Mayburof, the researcher who analyzed the biophoton behavior patterns of fish egg cells, believes biophotons are more than just light energy; they are a form of cellular communication. He described biophoton signals as “short quasiperiodic bursts,” similar to binary data signal patterns.

While most scientists accept that biophotons exist, and may have a role in cellular growth and development, the evidence for cellular cross-talk with light is scarce. Identifying communication-like patterns similar to binary code signaling is undoubtedly a milestone in biophoton research.  One argument against the communication with light theory is that optical electromagnetic waves emitted by biophotons are weak signals, and the signal frequency is minimal. In my opinion, there are two possible explanations; 1) when cells communicate, they do it quickly and efficiently so the signals are short and sweet, or 2) we lack the technology to detect the full signal strength and frequency.

Another point of controversy that makes the biophoton theory such a hot topic among biochemical engineers, biophysicists, and medical professionals is how profoundly it could change the way medicine is taught and practiced, especially in the US and Europe. Chinese medicine has long embraced the notion of energy therapy for healing, as have Indian doctors, but it could be counter-productive on western medicine. In traditional Chinese medicine, a patient’s energy state is a reflection of their mental, physical, and emotional health. By treating the energy deficiency, a healthy outcome is achieved when healthy energy is restored. Some biophoton researchers believe that quality of light controls every mental, physical, and emotional problem, and biophoton signals correspond to different energy qualities, and therefore reflect the state of each cell.