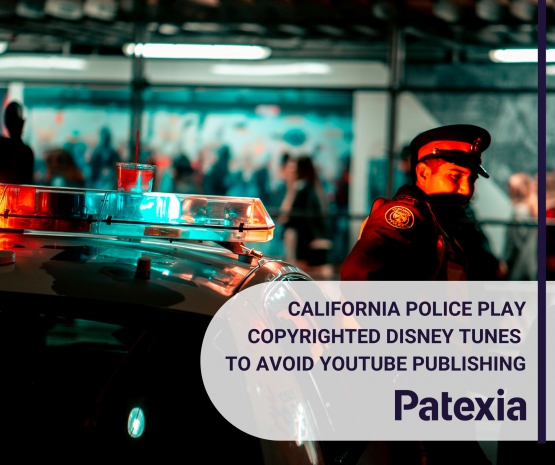 Copyright intends to protect the rights of creators, but here is an interesting use that you probably haven't thought about. In recent years, the recording of police activity has become a tendency, if not an urge. To anticipate the misuse of one’s powers, crowds of bystanders rush into their pockets for their cameras to catch the wrongful behaviors of the constabulary. Unfortunately, these preoccupation reactions force the police to undertake questionable actions.

The viral video of police officers broadcasting indecently loud music on the neighborhood streets in Santa Ana, California, was posted on YouTube in April 2022 by its author. During a 13-minute video, we can observe a late-night investigation of “a report on a stolen vehicle,” which one of the locals decides to record. Noticing the video activity, one of the police cars started a resounding tune of well-known Disney songs, "You've Got a Friend in Me" from "Toy Story" and "We Don't Talk About Bruno" from "Encanto”. By the words of one of the officers, who was later engaged in the conversation with by-passing councilmember J.R. Hernandez, the video would be taken down from YouTube over copyright infringement for the used sounds.

Now, if we look into YouTube policies, there are two ways to state copyright over your music: a “Content ID” claim and a “Copyright removal request” policy. Content ID is an automized system that detects copyrighted materials throughout the platform. Itrefers to the copyright owner, who on his side can decide on three options: to track the video’s performance without deleting it, restrict access in certain regions, or monetize it by placing the ads over. Content ID does not take the video down from the platform. When on the contrary, a Copyright removal request surely does, but only after proving validity. When a copyright owner claims an infringement request to YouTube, not only does the video gets taken down, but the publisher receives a “Copyright Strike,” which after three notices, ultimately leads to a deactivation query.

Can Disney claim copyright infringement over a constabulary’s misuse of power? Certainly! But would they? The answer to this question can be found here. The video remains on the author’s personal blog and generated over 2000 likes.