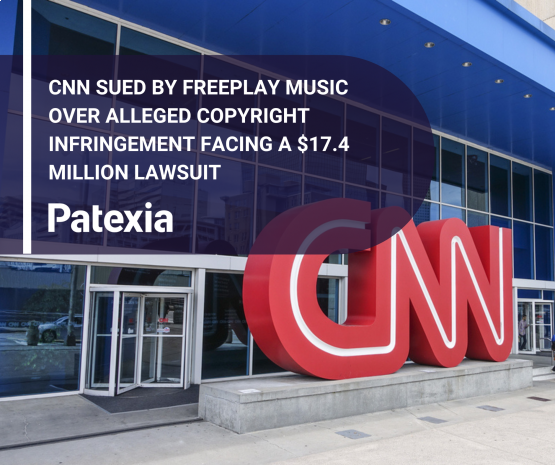 Just last week, CNN made headlines by being in the center of them instead of being behind them as usual. The Rolling Stone magazine broke the news that the Cable News Network, commonly referred to as CNN, was sued by a music library called Freeplay Music over copyright infringement.

Freeplay Music offers an extensive online catalog of over 50,000 copyrighted songs available for licensing, largely used especially by video creators. In the lawsuit, they mention as defendants CNN Chile and CNN Philippines, which CNN licenses to use name, trademarks, intellectual property, graphics, format, and content. These international parties have allegedly broadcasted over 280 news segments containing 115 songs through CNN International. These songs mentioned are offered exclusively by the FPM website.

The lawsuit also raises an important problem:detecting copyright infringement which is “akin to finding a needle in a haystack,” according to the plaintiff. Services like TuneSat were able to detect the infringement and notify them using audio fingerprinting technology. Still, given the amount of content online, most of it remains unchecked for potential infringement.

The FPM has notified CNN of this infringement, but according to them, the letter was ignored, leaving them the only option to take the matter further in court. They are asking for no less than the maximum statutory award of $150,000.00 per infringed work which is close to $17.4 million.

The plaintiff is represented by Richard S. Busch of King & Ballow Law Offices. He is specialized in copyright law and is best known for the Marvin Gaye vs. Pharrell Williams and Robin Thicke case over the “Blurred Lines” song alleged copyright infringement.

What do you think of this lawsuit? Is it likely to settle, or will the parties hold on to their positions and demand a jury trial?