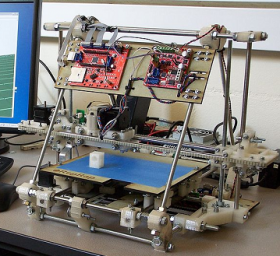 Could 3D printing be the key to engineering 3D tissue structures, such as full-size human organs for use in transplants?

Bioengineers have long been able to grow various types of living tissues in laboratories for many purposes, including regenerative medicine and testing. Lab-grown meat even has the potential to be a food source. However, structural complexity limits this biomedical technology to small, 2D structures so that the cells do not suffocate. Successfully transplanted lab-grown organs include bladders and windpipes, which are hollow.

Larger, more complex human organs such as the heart and liver are able to thrive despite their size thanks to complex networks that support their structures and deliver nutrients. In the past few years, scientists have practiced different biomimetic techniques to create their own “networks” to support organs grown from live tissue. One day, every patient who requires an organ transplant could have a perfect match readily produced. Organs grown from one’s own body could completely eliminate the need of rejection drugs.

This month, researchers at the University of Pennsylvania announced that they have constructed complex vascular networks with the help of sugar. While the structures they created did not function exactly as a liver would, the sugar templates allowed for the creation of vessels made from actual human blood vessel cells, which carried nutrients to support the growth of liver tissue. When injected with actual vessel cells, new capillaries sprouted and the growth was similar to that which occurs naturally.

This technique differed from past attempts because it involves building the vasculature first, rather than simply leaving hollow channels. By creating a dissolving vascular skeleton of sorts, scientists were able to create a more stable structure that mimicked nature.

RepRap is an open-source 3D printer with seemingly endless possibilities. This machine, with the ability to self-replicate, is not much bigger than the average desktop printer. It builds 3D objects using layers of plastic, but can be modified -- as evidenced by the University of Pennsylvania research -- to use other raw materials.

This is also not the first time that printing has been used as a tool in engineering live organs. Scientists have been able to “print” tiny mouse hearts using a simple inkjet printer for years. The technology involves replacing ink with other materials, such as live cells. With specially designed 3D printers like the RepRap, structures can be printed layer by layer, cell by cell, or perhaps one day, atom by atom.

This latest innovation suggests the possibility to produce entire human organs using 3D printers like the RepRap. The ability to create a dissolving vascular network opens the door to constructing complex biomimetic structures with 3D printing technology, and illustrates that perhaps no structure is too large or too complex to grow or “print.”