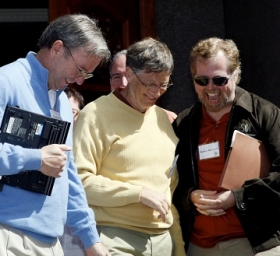 NPEs historically get a pretty raw deal when it comes to PR, with article after article amounting against the practice of essentially turning patents into commodities. The tides have slowly been turning for companies like Intellectual Ventures (IV) and Acacia (ACTG) however, as the big tech companies demonstrate precisely the litigation tactics we were all so worried about the trolls employing. Just last year Apple, Research in Motion, Microsoft, Ericsson Inc, and Sony Corp pooled together $4.5 billion USD to purchase 6,000 patents. Where are those patents now? 4,000 at least are all under the ownership of Rockstar Consortium, who undoubtedly is weighing the licensing value of each and preparing a team of lawyers.

Rutgers professor and patent law expert summarizes it pretty well when quoted in the Wall Street Journal: “These days there isn’t much of a clear divide, it’s not just the big NPEs playing offense anymore.” So here’s the issue, do the opportunity costs of leveraging patents like investments outweigh the value captured? Furthermore, is this approach hindering or accelerating innovation? Let’s take a look at a few of the most common pros and cons.

From a idealistic standpoint, polarizing in any industry is bad. Capitalism (generally) stipulates that the more free and open a market, the better (for us consumers at any rate). More competition and lower barriers to entry are viewed as positives, creating opportunity and a dynamic economic environment. Now picture the tech industry being largely based on an incumbent’s ability to isolate each patent necessary to produce their product, and pay the licensing fees associated. Worse yet, the company in a position to license it out are either competitors or an independent investor selling the rights to the highest bidders. SMEs beware. 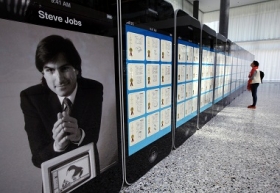 On the other hand, inventors and small businesses now have a much more liquid market. When a small business makes a big advancement, or even a patentable small one, there is essentially a varied customer base. A business does not only have to sell this directly to competitors, whose economies of scale will quickly derive more value from it than that small business. In fact, they could essentially sell them all to a troll, who will leverage these to maximize value through weighing the competitive value against the time frame to find the highest price points. A valuable service, to be fair.

With a patenting system that allows for differentiation based on small details, the thousands upon thousands of patents most of these large incumbents hold becomes tricky to track. One of the more complicated elements of this current patent litigation model is not only the direct cost of licensing and suing/being sued, but also in implementing an effective monitoring system to either avoid future lawsuits, or to pursue if your patent is infringed upon. Instead of investing resources in sales or R&D, a larger and larger chunk of capital must now be placed in legal maintenance, creating and organizing an effective IP database. 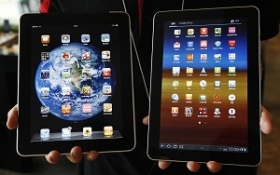 Let’s play with some numbers. Quite a few recent articles have settled upon $29 billion as the annual ‘cost’ of trolls. Additionally, the averaged out cost per lawsuit for big companies in these IP skirmishes sits around $7.27 million, while the SMEs are paying more along the lines of $1.33 million. Per lawsuit. It is worth noting that only 83 companies replied to generate these numbers (of 250 polled), not a sample size I would trust just yet. Opportunity costs are also often overlooked in such statistical theorizing. What would IP litigation be costing the industry without trolls? Maybe more, probably less, but unless someone has access to that alternative universe we may never know.

Let’s take a look at just one more set of numbers, namely the revenues of companies involved. Last week’s look at Freescale Semiconductors saw a 51% increase in licensing revenue. Acacia’s most recent annual report has overall revenues trending up each year on year for the past 5 years, with 2009 to 2010 being most noteworthy with about $67 million and $132 million in revenues respectively. That is an overall growth rate of nearly 100%. 2010 profits are sitting comfortably at $34 million in the green. Wow.

The threats of polarizing the industry towards big players and the costs attributed to maintaining and monitoring IP both imply significantly that these offensive, investment-based patenting strategies are generally a negative for most tech industries. On the hand, the concept of a market for IP alongside substantial capital to be capture appeals to our business logic. With the big players in tech diving into the licensing revenue strategies alongside the trolls, it’s safe to say this licensing strategy will see more growth (alongside legal costs). The only real result one can predict from this is a simple one: higher legal costs and more consolidation. That sounds to me like higher price points. Expect your new tablet to cost more, not because of the components or manufacturing processes, but because of how many times they were sued while producing it.