Search
Mikele BicolliSep 17, 2022Legal
Dallas Mavericks Star Luka Doncic Entangled With His Mother In A Trademark Dispute Over His Name 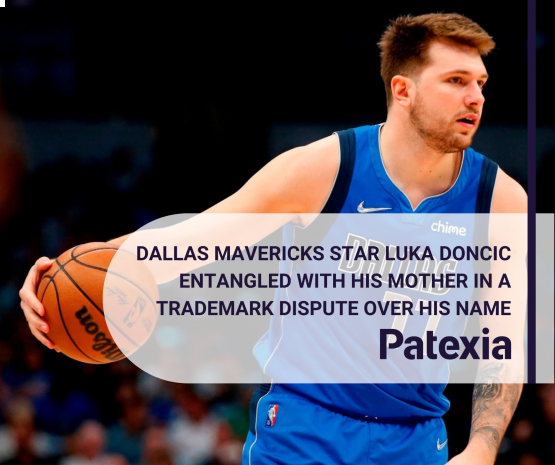 A trademark battle seems to have started, and it’s quite unusual not only because it involves a child battling his parent but also because it represents a possibly unprecedented case where the consent to register a trademark was first granted and now revoked.

In 2018, Doncic got transferred to Dallas Mavericks, choosing jersey number 77 in honor of one of his idols, Greek professional basketball player Vassilis Spanoulis, who also wore jersey number 7. Starting in 2021, through his attorney Peter J. Willsey from Brown Rudnick LLP, he filed several trademark applications covering goods and services, including cosmetics, soaps, clothing, games, toys, and basketball camps. The USPTO has preliminarily refused trademarks such as “Luka Doncic 77” as being too similar to the one already registered. In order to allow these new trademarks, Doncic has now filed a petition requesting the cancellation of the trademark owned by his mother, explaining his reasons for this request. The petition mentions that Doncic became famous at an early age, signing for Real Madrid at the age of 13 and making his professional debut at 16. Not surprisingly, he relied on his mother for management and business opportunities since she had some previous experience owning a beauty salon and being a professional model in the past. Now at age 23, Doncic doesn't feel the same. He has already sent a letter to his mother revoking the consent and not allowing future actions regarding trademark applications related to his name. With this petition filed, Doncic asks for the cancellation of the already registered trademark in order to open the way for the other applications that come on his behalf.