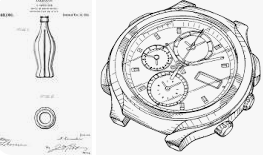 On December 5, 2022, the Federal Circuit heard oral arguments in two cases between LKQ and GM. In one of them, LKQ asked the court to rule that the current primary reference requirement for design patent obviousness, as stated in In re Rosen and Durling v. Spectrum Furniture is inconsistent with the Supreme Court’s decision in KSR v. Teleflex.

The panel did not seem convinced that it had the authority to overrule those prior panel decisions and at least one judge expressed doubt that KSR even applies to designs. But the issue is an important one and well worth discussing, even if the panel declines to address the issue in this case.

Under Federal Circuit case law, “the ultimate inquiry under section 103 is whether the claimed design would have been obvious to a designer of ordinary skill who designs articles of the type involved.” To this end, the Federal Circuit has created a two-part test. First, the court must identify a primary reference—“a something in existence, the design characteristics of which are basically the same as the claimed design.” If there is a proper primary reference, then “other ‘secondary’ references may be used to modify it to create a design that has the same overall visual appearance as the claimed design.” To qualify as a proper secondary reference, a design must be “so related [to the primary reference] that the appearance of certain ornamental features in one would suggest the application of those features to the other.”

The primary reference requirement comes from the CCPA case In re Rosen. These references are, therefore, sometimes referred to as “Rosen references.” Durling is perhaps the clearest statement of the Federal Circuit’s current § 103 test for designs, which incorporates the Rosen requirement.