Search
Valerie ClarkMay 18, 2012Business
Download this app and call me in the morning: The future of mobile health care 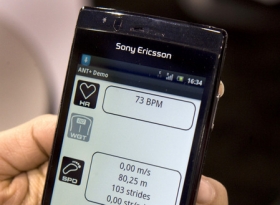 Mobile health apps are developing quickly, and they aim to replace and/or complement treatments prescribed by doctors. The newest app on the block is Happitique. This isn’t just an app; it’s an app for medical apps. Happitique has recently announced a mobile prescription (mRx) trial that will involve doctors, as well as health and fitness experts, evaluating medical apps for their effectiveness. The trial will ultimately lead to a one-stop marketplace of curated mobile health apps for patients, hospitals, and health professionals.

There is a wide range of health-oriented apps, many of which have already been discussed by other Patexia contributors in these articles:
• Smartphones, they may just save our lives
• Health monitoring?  There’s an app for that
• New medical apps are on the horizon, but will your doctor use them?
• Sleep solutions that will improve your productivity in 2012

The growing number of mobile health apps clearly reflects the changing media landscape which has touched every industry in some way. The idea behind using mobile apps in the medical industry is to augment the effectiveness of prescription treatments. There are rumors that some medical apps may work just as well or even better than prescription drugs, which poses a threat to the pharma industry. We don't know what the future holds, but it does seem reasonable that Happitique apps may compliment prescription drugs in way that improves patient outcomes because of the mobile element.

In the near future, we may begin to see more trials like what Happitique is doing, where mobile health apps are subjected to the scientific method for validation before being prescribed by a doctor. Companies who do not get on the app bandwagon will likely be wishing they did a year from now when mobile prescription apps become a common sidekick for prescribed drugs. Even when pharmaceuticals aren't involved, there are mobile apps available to prevent, detect and treat mood disorders, memory deficits, and other chronic conditions.

Looking long-term, if mobile apps in the health-care industry continue to evolve as they have in the last year, we may soon be prescribed an app in addition to or instead of medication when we visit the doctor. I bet this is something experts in complementary and alternative medicine don’t even expect. But with an eye on current media trends and the ability to innovate, it is possible for any company -- big or small -- to rise up to the app challenge.

Developing a mobile health app requires the collaboration of medical professionals working with drug developers and media experts. Developing a useful, functional, and accurate mobile app is a specialty service that doesn’t fall under any standard department such as IT, marketing, or business development. As such, smartphones have inevitably created jobs in the media and technology sectors for those who can develop cost-effective apps for any industry.  Mobile apps are quickly becoming a necessity for any business profile, along with email accounts, websites, and social media pages.