Search
James Lee PhillipsSep 24, 2012Science and Technology
Eolas vs. Everyone, or the hypermedia zombie apocalypse 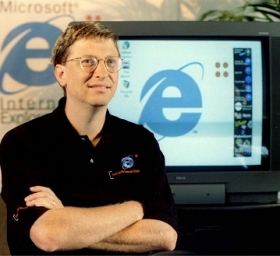 What do you get when you take three individual patent suits, two plaintiffs, three big-name defendants, four patents (two of which have been ruled invalid), and a court venue that has heard seen more trolls than the audience at a Scandinavian heavy metal festival?

The short version: the University of California is taking Facebook, Wal-Mart, and Disney to patent court. The medium-sized version:  Eolas Technologies, Inc., a private company founded by a tech entrepreneur, has accused these three companies of violating four of his software patents, two of which were ruled invalid in the most recent of a LONG series of similar lawsuits.

If the short and the medium seem to describe very different situations, just wait until we get into the detailed version. This twisted tale will have something for anyone with an axe to grind against current IP laws, patent trolls, the corporatization of higher education, Texas, and the general level of litigiousness. On the bright side, the many vocal critics of Facebook and Wal-Mart can probably sit this one out for now.

If you take Eolas' claims at face value, the company deserves credit for much of the framework of the Internet experience. Spanning the last 15 years (from 1994, the date of first filing, to 2011, the most recent date of issuance), patents 8,086,662, 8,082,293, 7,599,985, and the original UC / Eolas patent 5,838,906 are all astoundingly similar -- even to the point of sharing a verbatim summary: "Distributed hypermedia method and system for automatically invoking external application providing interaction and display of embedded objects within a hypermedia document."

In other words, the patents state that Michael David Doyle (et al) created the modern web browser. There's really very little reason to cast doubt on his team's work and credentials; this is not one of those trolling cases that involves vaguely pseudo-technical cocktail-napkin R&D. Eolas has a specifically written claim to patents that enumerate exactly how a browser calls remote application resources (i.e., everything from online video to search auto-complete), and Doyle's UC San Fransisco-based team had the skills to figure out how this could be implemented in a working browser (in the proof-of-concept sense, if not for IRL daily use).

However, one issue in particular is extremely problematic: to a great extent, Eolas is basing this new case on previously invalidated patents. It's not as if there has been a process of appeal; as far as the most recent ruling (and the vast majority of opinion within the tech world) is concerned, the patents are invalid. One might think that this would prevent Eolas from pursuing further cases, but it hasn't stopped them before.

In 1999, Microsoft's Internet Explorer became the first target of '906-based litigation. Redmond had passed on a licensing offer when contacted by Eolas in 1994, and "by the time the patent issued, Eolas had been crowded out of the marketplace," according to the UC website. One might say that Eolas never recovered from being "crowded out" -- considering that the company has never brought a single product to market, nor contributed anything beyond permutations of that original idea. 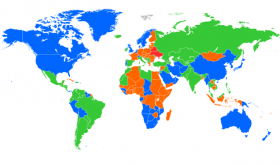 During the Microsoft trial, World Wide Web creator Tim Berners-Lee predicted that the patent would cause "cascades of incompatibility to ripple through the Web" and result in "'substantial economic and technical damage.' Pei-yuan Wei engaged in a sometimes heated debate over the issue of prior art, and whether or not either side held a stronger position, the question of novelty and non-obviousness becomes more than simply rhetorical.

Citing "substantial prior art", the '906 patent was ruled invalid in that case, as well -- at least at first. Eolas kept the Chicago District Court busy throughout a long chain of rulings, appeals, and remandings in which the court's shaky understanding of Internet technology alternately supported and dismissed the prior art claims.

We can guess that UC and Eolas would prefer, as most patent trolls do, that the case not go far enough to actually establish the defensible value of the patent(s). They really don't care that their IP is objectively, legally airtight; it's the value of the court proceedings vs. the settlement that is important. Microsoft had more than enough resources for the long haul, but instead of waiting for an actual validity ruling, Redmond reached the point where a settlement seemed like the best option -- an undisclosed amount less than the original $521 million decision, and by most estimates about $120 million (assuming that UC's $30.4 million was around 25% of the total amount)..

The more settlements a patent troll gets, the more "informal validity" is added to a patent. Unlike an actual law, which can't be enforced until it is put into place, intellectual property has litigible worth from the moment it is conceived -- a patent can be enforced before, during, and after its actual official validity. As long as there are attorneys willing to feed a case, a case can be raised from the dead any number of times, to walk upon the earth once more, feeding on the brains of the living innovators.

Eolas is one plump zombie. The trail of companies with teethmarks on their brains include Sun Microsystems (settled, for an undisclosed amount), J.P. Morgan Chase, Staples, GoDaddy, Citigroup, Apple, Google, Adobe, eBay, Amazon, and more... 22 of whom were named in just one apocalyptic onslaught.

Should it trouble the reader that the University of California is involved? Reuters quoted a UC spokesperson as referring to the patents as "public assets" but also asserted the right to "be paid a fair value when a third party exploits that university asset for profit." Reconciling only the two types of assets may be a matter of semantics, but Eolas makes this a three-way ambiguity -- even before one considers the validity of the patent claims.

The worldly among us may be all too aware that institutions of learning have, to a large degree, become little more than corporations themselves (or at least some unholy hybrid of for-profit and non-profit organization). Eolas was founded explicitly "to assist the University of California in commercializing the '906 patent." Other than the nominal aspect, no attempt has been made to obscure UC's involvement, so we can't really call Eolas a shell company -- it may look like a duck and quack like a duck, but it doesn't launder money and dodge tax obligations like a duck.

How to tell the dead from the undead?

The patent troll template is easy enough to identify. Simply filing suit in the Eastern District of Texas is a good indication that there's merit for suspicion, but there are enough exceptions to the rule to make for plenty of grey area. We're used to the usual non-manufacturing entities filing suit in the Eastern District Court of Texas, but Eolas and UC throw enough of a monkey-wrench into our expectations to beg the question.

Does this qualify as IP trolling? Do you believe that the authors of software patents deserve to be rewarded for their tenuous claims to novelty? Do you consider academic institutions as public resources or centers of private innovation? Until our approach to patent reform turns another corner (don't expect too much dust to settle from America Invents!), we'll be grappling with these and other permutations for some time to come.

Oh, and by the way -- Eolas also claims the right to the letter "e" logo, and IBM is licensing it from them. With Facebook asserting the "f" trademark, let's see who Google's "g" ends up beholden to.