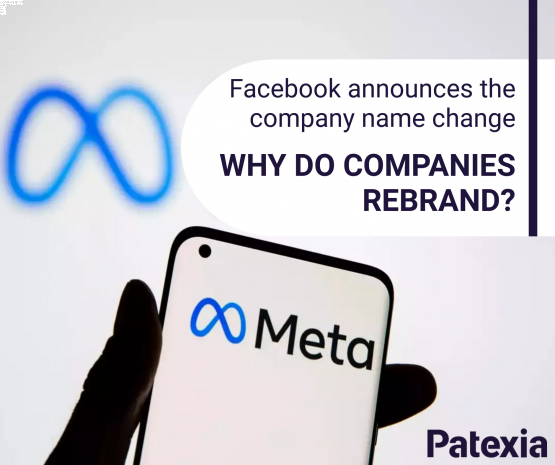 Yesterday, Mark Zuckerberg announced the Facebook company changing its name into Meta as part of his plan to focus on developing a virtual world. While the history of rebranding knows successful and futureless occurrences, today we are going to focus on the main reasons that push companies into rebranding and see if we can relate one or some of them with the Facebook’s change.
First of all, the reason Facebook has provided is one of the most common reasons for rebranding. Companies nowadays go through rapid expansion; they expand their initial focus or sometimes even change it. This is the example of Facebook that purchased Instagram and WhatsApp as well as some other smaller companies. From one social network, now they have two and a very popular messaging platform. Furthermore, they announce plans of expanding their focus into creating a virtual world where users can potentially do everything.
Critics however, say that Facebook’s name change mostly is forced because of the name association with privacy and data scandals. Even before the recent “Facebook papers”, Facebook was suffering in low rankings when it came to trust, and also Mark Zuckerberg, from being one of the most admired CEO-s in Silicon Valley, now is far away from it. However, since the social network will have the same name, nobody can say for sure that the rebrand is Facebook’s wish and attempt to create a new, clean reputation.
Another reason why companies change names is the start-up name issue. While many start-ups create a beautiful and popular name, there are many others that rebrand through their way until they find the best. This however may not be the Facebook’s case, since this happens mostly at the companies’ early stages. As notorious examples we can mention Google that was born as Backrub, or Instagram born as Burbn.
Other reasons that push companies into rebranding are also copyright issues, outdated image or internationalism when a company aims for the global market. These and others less occurring, are non-related to the Facebook’s case. It will probably be a prolonged debate on the Facebook’s rebranding reasons, however surely in future we will have more information that will weigh in everyone’s arguments as the situation will develop.