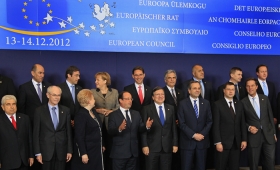 Early this week the European Union finally accomplished what has long seemed highly unlikely--a unified European Patent known as the "unitary" patent. Designed to address Europe's lagging role in the innovation world, the unitary patent should significantly facilitate patenting in the EU as well as lower costs and simplify litigation.

The new patent system will be implemented in three parts approved this week in the European parliament and council. Twenty-five of the twenty-seven member states have signed on to the new system, with Italy and Spain abstaining on the grounds that their languages were not included in the short list of "official" languages: English, French, and German.

The first step is the creation of a unitary patent application meaning that a single application, upon approval by one of the participating states' patent authorities, provides protection within all of these states.

Previously, applying for a patent with the European Patent office was similar to filing a PCT application amongst the WIPO member states. Though the application was centralized, patent applicants were required to obtain approval in each of the member states in which they sought protection. The details of this system were messy. Applicants had to manage translations into all applicable languages, as well as pay the fees to each individual member state's patent bureau. Under the new system, inventors have the option of applying for a single unitary patent that will have force in all of the EU member states, simplifying the approval process and eliminating the need to seek approval from a multiplicity of patent offices. One of the most important changes in this new system will be a significant reduction in cost: previous estimates put the cost of obtaining patent protection in all EU member states at €38,000--a number that should come down to only €5,000. For comparison, the estimated cost of obtaining a patent in the US is €2,000, and only €600 in China. The EU hopes that the new system will mean a much more competitive European patent environment. Last year only about 140,000 patents were granted in the entire EU, in comparison to the nearly 250,000 granted in the US alone. 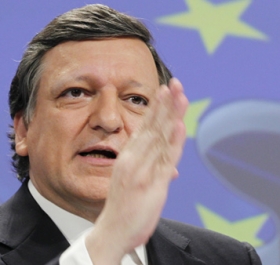 The second change is the implementation of an extensive system to manage the transfer of information in-and-amongst the variety of languages used in the European Union. Unitary patents can be submitted in any of the EU languages, but the new system requires that the inventor provides a translation into one of the three official EPO languages (again: English, French, German). Because in the end patents are fundamentally about the transfer of information, an integral part of the system will be an extensive machine translation service already available in twelve of the planned thirty-two languages. The translation service stems from a partnership with Google, already available online. Given the highly technical and precise nature of patent language, I have my doubts that the system will accomplish the widespread availability of information that the EPO hopes it will. Though machine translation into and out of the European languages may be more effective, Japan's patent office provides machine translations of all of its information, but the translations leave much to be desired. Especially when it comes down to cases of infringement and patentability, I expect that there will be more than a few cases of differing interpretations stemming from machine translations in a plethora of different languages.

The final change, which may have the most important effect of all on the worldwide patent system, is the establishment of a centralized patent court (the "Unified Patent Court"). The court will act as the exclusive jurisdiction over civil litigation related to patents within the EU, particularly related to
patent infringement. Importantly, this means all EU patents will be enforced--including those granted under the old system--by one authority. The new system will include low-level "local" courts, as well as a court of appeals. The hope, of course, is that the new system will lead to reduced "fragmentation," that is, the messy process of splitting infringement cases up into individual cases in each of the states where infringement occurs. Now, one infringement case will cover the entire EU.

Overall I would advocate most simplifications to the patent system, and these changes are a step in the right direction that is long overdue. There are many details that European Parliament must still resolve, particularly regarding the specific implementation of the Unified Patent Court, but the first unitary patents could be in force by April of 2014. Finally, I should note that the changes are almost entirely administrative--the rules of patentability remain virtually identical (and the documentation takes great pains to note that the rules specifically for biotechnology and software patents remain the same--restrictive).