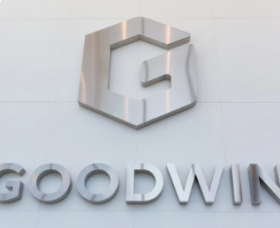 More details are emerging about the number of people laid off, as well as the firm's rapid hiring in the last few years.

What You Need to Know
Goodwin's 5% reduction in force last week calls into question how firms manage associate and partner expectations.
The reductions have a significant impact on morale, one associate said, while some industry observers argued that the overhiring-firing cycle is necessary to retain top partners.
Industry observers questioned Goodwin's positioning in the tech sector, compared to its other practices linked to its Boston roots and PE focus.

A fuller picture of Goodwin’s layoffs last week is beginning to emerge, including estimates of how many people were affected and which positions were targeted.

Goodwin’s rapid hiring in the past few years also is becoming more clear. Indeed, legal industry sources, both inside and outside the firm, describe the balancing act Goodwin faced in recent years: meeting capacity for the good of the partnership and profits, without alienating associates when an overcorrection was necessary.

Goodwin cut 5% of its associates, professional track attorneys, paralegals, science advisors and operations team members on Thursday, according to a memo viewed by The American Lawyer. In 2021, the firm had 2,263 firmwide lawyers and personnel, excluding partners and nonequity partners, according to ALM data. A 5% reduction in those groups totals an estimated 113 employees.

Representatives at Goodwin declined to comment on that estimate and other details in this report.

One source in contact with affected individuals reported the layoffs are “numerically similar” to Cooley’s December cuts, which impacted 150 employees, or 78 attorneys and 72 paralegals and business professionals.

Several other associates and legal consultants confirmed that Goodwin associates received three months’ severance and presence on the firm’s website.

A majority of the laid-off attorneys at Goodwin were corporate or transactional associates in emerging companies and venture capital (ECVC), tech, life sciences, private equity and tech transactions practices, though a few litigation associates were also affected, multiple sources confirmed.