Search
Daniel PorterDec 11, 2012Science and Technology
Google and ITC go through the motions

When Google purchased Motorola earlier this year, their intent to monopolize on Motorola's
well-established patent portfolio was clear. As a result, Google's August move to file for an injunction with the International Trade Commission against several Apple products came as no surprise. While the question of infringement is (as usual) a difficult one, this week the ITC ruled against Google's injunction. Quite frankly, Google should have seen this coming (and maybe they did), because the story starts half a decade ago.

In 2006, the Supreme Court ruled in favor of eBay in an important case brought by the non-practicing entity MercExchange. MercExchange asked for an injunction on eBay's product, based on the determination that eBay infringed on a MercExchange patent. The ruling basically set the precedent that the plaintiff should not automatically be awarded an import injunction in the case of patent infringement. For those seeking injunctive relief for patent infringement, the district courts were no longer an easy option. Companies began to turn to the ITC.

The ruling was a win for those who oppose the non-practicing entity model. Previously, injunctions and the threat of injunctions were a major tool in the NPE toolbox to execute what has since become known as a patent "hold-up." Injunctions would now be harder to get, and injunctive relief became disconnected from patent infringement. The ITC is much more concerned with preventing unfair trade and maintaining a level, predictable playing field for American industry players. As a result, when it comes to the radical move of granting one company an injunction against another's products, the ITC seems to err on the side of inaction.

Furthermore, the patents in question are "standards-essential," which means that they cover inventions which have become technological standards--basically mandatory for any device expected to reasonably serve in the current consumer marketplace. Google has entered into an agreement based on FRAND (fair, reasonable, and non-discriminatory) terms to license these patents to companies that would like to use them. This lead the ITC to include mention that their ruling was based on "hold-up or the threat of hold-up."  The agency is referring to the
phenomenon of "patent hold-up" where Company A, holding standards-essential patents, promises to license to Company B that plans on making devices that will use these patents. The "hold-up" happens once Company B's products are on the market--Company A turns around and instead charges exorbitant licensing fees. If B refuses to pay, A threatens injunction. 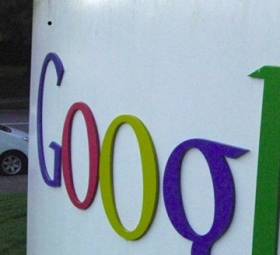 Typically, Company A is a patent troll, Company B is a legitimate practicing entity, and the ITC wouldn't blink to deny the injunction. Google is certainly no patent troll, and their behavior probably wouldn't quite garner the label of a "patent hold-up," but there is no reason they should have expected the result to be any different.

My guess is that they did, and everyone chose to go through the motions anyway. After Google made waves with the Motorola acquisition, everyone expected them to move to protect their Android OEMs from Apple's monolithic IP strategy. In reality I think the Motorola acquisition was more about offense than defense, and Google's multiple failed attempts to exert Motorola's patent strength were more hail-mary passes than legitimate IP strategy. With this business out of the way, Google can go back to doing what it does best--profit from a near-monopoly on search (at least until the ITC's decision on their anti-trust issues).