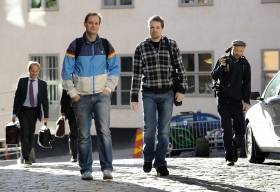 Google isn't specifically targeting any site. It's changed it's search engine algorithm to penalize piracy. The algorithm is what Google uses to find you what you're looking for, the thing that knows that "brass polish" and "Polish brass" are two completely different things. The company is always perfecting its algorithm, including the notorious Panda 2 update that some argue crippled the so-called "content farms." The latest update merely introduces a penalty for successful copyright takedown requests. 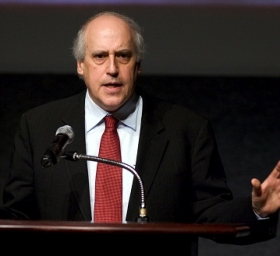 This does not ban the site from the search engine. It merely bumps it down in the rankings, possibly putting something that would be on the first page on the fourth or fifth, and who has time to search that deeply? Google will instead prioritize what it calls "legitimate, quality sources of content," i.e. things that the entertainment industry can make money off of. The Pirate Bay, for its part, seems mostly unconcerned, stating that it is "an alternative to search engines." Further, it's easy enough to just search TPB and similar sites using boolean searching.

It's not the first time that Google has changed its algorithm to specifically penalize a certain type of content. Links to pornography that violates local laws are removed, with a notice at the bottom about how many sites have been removed. Suicide methods were quietly bumped down in the rankings some time last year, with numbers to suicide hotlines promoted in place of DIY FAQs for the depressed.

Still, it's not clear to the present reporter how much difference the algorithm change is. Several torrents for Sunday night's ​Breaking Bad​ -- which I totally only found for research purposes and definitely did not download -- were readily available, an hour after the show aired, without a great deal of undue digging. Demonoid, a popular torrent trading website, recently bit the dust, but it was nothing more than a message board where people could trade torrents. Furthermore, while the MPAA and RIAA have been more successful at getting to the men and women behind the IP address, a merit system on The Pirate Bay makes it relatively easy to know what links are legit and what links are potential honey pots. Savvy music pirates have long since moved to blogs, cloud sharing and torrents. Anyone specifically looking for a pirated product will have no trouble finding it, simply by adding the right search terms.

The entertainment industry is showing it's usual unsubstantiated optimism, with an MPAA statement reading: “We are optimistic that Google’s actions will help steer consumers to the myriad legitimate ways for them to access movies and TV shows online, and away from the rogue cyberlockers, peer-to-peer sites and other outlaw enterprises that steal the hard work of creators across the globe.” But really, who's downloading media illegally because they can't find a legit copy to pay for? The answer, of course, is no one.

No reasonable person expects this to impact the rate at which people download media from the Internet. However, it's interesting to consider one very big unintended consequence: How will this affect Google holding YouTube? YouTube might be one of the top ten places in the world for takedown requests. Will Google be penalizing its cash cow? The smart money is on "no."