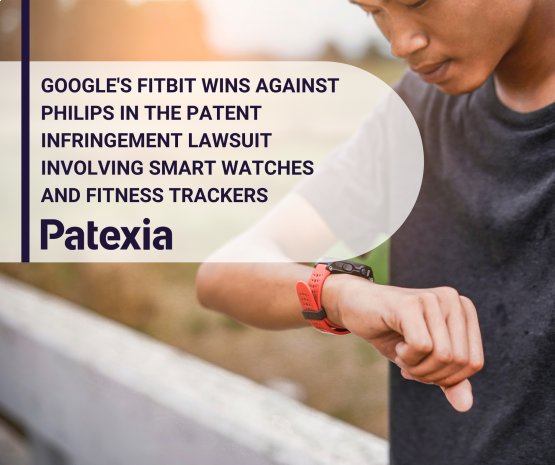 It all goes back to 2019 when Philips accused Fitbit of infringement of four of its patents, 8,277,377, 6,013,007, 6,976,958, and 7,088,233. These patents were related to the technology used to manufacture connected-health products such as GPS/audio athletic training and wearable products. For these allegations, Philips filed two lawsuits in that year, case nr. 19-cv-11586 in the Massachusetts District Court and 337-TA-1190 before the ITC versus Fitbit and Garmin, which were the two of the most successful competitors in the wearable technology market, as shown from Statista’s data. In this way, Philips tried to impose a trade ban for the products as well as require royalties and damages for the infringement of the patents.

In a statement that Philips provided to Gizmodo, Philips claims that it has tried to negotiate worldwide licensing agreements with Fitbit and Garmin, ultimately resulting in no success. “Philips expects third parties to respect Philips’ intellectual property in the same way as Philips respects the intellectual property rights of third parties,” said the company in this statement. On the other hand, Fitbit rejected these claims in a statement provided to Reuters: "We believe these claims are without merit and a result of Philips’ failure to succeed in the wearables market.”. For those of you trying to remember at what point Philips offered wearables, it happened around 2016 when they launched the Health Watch. It was offered mainly as a gadget focusing on health parameters such as steps, heart rate, breath rate, and sleeping patterns.

In response to Philips’ complaint, the USITC agreed to launch an investigation; however, it resulted in Phlipis not being able to establish a violation of section 337, and as a result, the investigation was terminated with no violation found as specified in the decision published on May 5th, 2021. Fitbit at this moment was already acquired by Google valuing the company at $2.1 billion. Meanwhile, the district court case for patent infringement continued. According to the court records, Philips has dropped allegations in one of the patents and paused in two others, while the only remaining patent of the case, 8,277,377 was invalidated just last week by U.S. District Judge F. Dennis Saylor. The judge agreed with Fitbit that contended the ’377 patent was directed to the abstract idea of collecting and analyzing exercise-related data and presenting that data to a user. For this reason, U.S. Patent No. 8,277,377 claims subject matter that is not patentable under 35 U.S.C. § 101 and is therefore invalid.

Fitbit and Garmin were represented by Josh A. Krevitt, Esq. of Gibson, Dunn & Crutcher LLP and M. Scott Stevens, Esq. of Alston & Bird LLP respectively in the ITC Section 337 Investigation.

Law firm Paul Hastings was counsel for Fitbit in the DC litigation, and the legal team was led by Yar Chaikovsky, Chad Peterman, David Okano, and Radhesh Devendran.