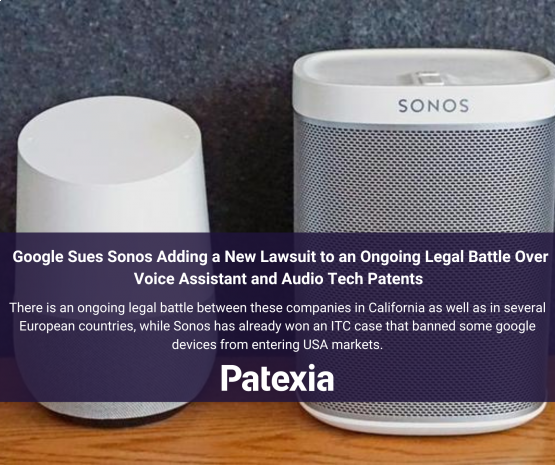 Just two weeks ago, Google filed a lawsuit against Sonos in the Northern District of California over patent infringement. In this lawsuit, Google claims infringement of their three patents by Sonos, U.S. Patent No. 10,593,330, U.S. Patent No. 10,134,398, and U.S. Patent No. 7,705,565, related to wireless charging as well as hotword detection. A hotword detection process is an algorithm that scans the audio stream and detects special keywords and activates the voice assistant. “Hey Siri/Alexa/Google” is an example of these hotwords that then activates the voice assistant device and waits for commands.

The two companies are not unfamiliar with each other since there is an ongoing legal battle between them with multiple lawsuits being litigated in California as well as Canada, France, Germany, and the Netherlands. Sonos already has won one of these battles by filing for an ITC Section 337 investigation with the US International Trade Commission ruling that Google is infringing five of Sonos’ patents. Due to that decision, Google is banned from importing its voice assistant devices, while for the users that already own these devices, Google has implemented different workarounds. In the current lawsuit, Google requires an unspecified amount of damages as well as an order that blocks Sonos from allegedly infringing its patents.

It’s uncertain what the court will decide on this case, however, this looks like a counterattack move by Google which owns several patents in voice assistant technology.