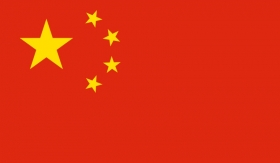 In 2012, Chinese inventors filed more patent applications than those in any other country--including the United States. In a recent Booz & Company report (Ed: now Strategy&), the authors surveyed many major Chinese and multinational companies to explore this unexpected result. They were surprised to find that nobody was surprised, and that “many global companies already perceive Chinese companies as major innovation powers.” The report attributes this success to the implementation of China’s latest five-year plan to transition to an innovation economy. At least in the numbers, the plan seems successful.
The Economist’s article on these results urges caution--increased patent filing does not necessarily mean increased innovation. They note that an overwhelming number of the patents filed in China were filed only in China. The logic is based on the assumption that the “better” an invention is, the more likely a company will be to file in other countries. Because so many Chinese inventions were patented in China and nowhere else, they conclude that it’s unclear whether or not China has surpassed other, more developed, countries in any meaningful sense of the word.

China’s IP system is, by comparison, young. Where America’s patent system is more than 200 years old, China’s is slightly over 20. Instead of harmful, its youth may be helpful. After all, many of the problems with innovation in the United States (patent trolls, rampant litigation, unfair licensing, etc.) are associated with a bureaucracy that was unable to adapt swiftly enough with the technological revolution which came at the end of the 21st century. Because their system is young and in development, regulators should have the ability to act swiftly. In some aspects, they have. Computer software, for example, is plainly unpatentable in China. Instead, they have a completely separate set of regulations to protect this type of intellectual property. In other respects, though, China is falling into the same trap as the US.http://documents.epo.org/projects/babylon/eponet.nsf/0/71DC5F87D9D3F077C125761000481F00/$File/evolution_of_utility_model_applications_cn.gif)" height=243 hspace=5px src="https://patexia-data.s3.amazonaws.com/users/user1504/280_ebb8e49cc50c70c45f3b2e04ba745bb2.gif" style="float: right;" vspace=5px width=325 />

One aspect of the Chines IP system that might contribute to this year’s high filing numbers is the existence of “utility model” patents. These are patents with a shorter term and fewer requirements for patentability. In practice, several sources conclude that the process of obtaining a utility model patent in China generally lacks a stringent examination process like that for normal patents. And as we’re familiar with in the US, lots of lower quality patents makes for a “perfect storm” for patent trolls and other intellectual property predators. Chinese innovators are starting to learn that a patent system without strong protection for legitimately innovative inventions can block innovation more than promote it. On the other hand, this increase could also be due to innovation developing solely for the Chinese market. Particularly in technology, China is the world’s largest under-exploited market. Outside companies have a hard time understanding and breaking in to the Chinese market, possibly an indicator that innovation is going to come from within. These internal innovations may have limited application elsewhere in the world, and companies may only ever need Chinese patents.

Chinese innovation is in the midst of radical change. One major wildcard in this situation, as with many in Chinese society, is the highly centralized government. At the top of the list of unpatentables in China is “any invention-creation that is contrary to the law or social morality or that is detrimental to public interest,” a subtle reminder of the ruling party’s influence. An MIT Technology Review article makes the case that the government poses a fundamental barrier, suggesting that China is entering a stage of growth where the social and political needs are very different than they were twenty years ago. To make progress, the author suggests “they require a rule-based system, IP protection, freedom to think and challenge authority, and a government with limited reach and power. In other words, they require Western institutions.” There may be some truth to that, but I think it’s unlikely that in ten years the intellectual property system in China will be anything but uniquely Chinese.