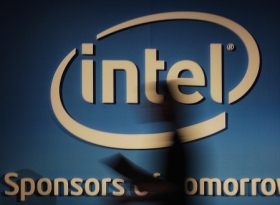 Intel spent three days last week trying to convince the world it still needed PCs. The PC industry hoped the Intel Developer Forum in San Francisco would reinvent computing and reinvigorate a stale PC market under fire from tablets and smartphones. With little play in the mobile world, Intel executives pushed ultrabooks, convertibles, and a new Core processor built with “mobility in mind” on a tech crowd probably wishing they were down the street at the iPhone 5 launch. The vision created at IDF seemed more incremental than revolutionary, leaving consumers wondering if Intel will ever be mobile enough.

To be fair, Intel has not completely missed the mobile boat, now full of apps for ARM-driven devices. Choosing instead to offer a formidable bridge to real computing in a mobile environment. Intel argues we’re headed for a device agnostic future with enough hardware and processor options to accomplish any job on the fly. What computing lacks now, they say, is a chip with the perfect blend of power and performance. And Dadi Perlmutter, Intel’s chief product officer, thinks he’s got it.

Based on the next-generation "Haswell" microarchitecture, Intel’s new 22nm Core processor will power ultrabooks and other PCs by the first half of 2013.

"The 4th generation Intel Core processor family and our new line of low-power processors will usher in an era of unprecedented innovation in mobile computing," said Perlmutter. According to Intel marketing spin, the Haswell “will bring faster, thinner, lighter, cooler, more secure systems with built-in graphics to mainstream.” That’s the PC promise delivered by Intel’s commitment to Moore’s Law.

For the mobile part, Intel demonstrated Haswell uses less power (7.8 watts) while delivering the same performance as 3rd generation Core processors, the 17-watt Ivy Bridge. So Haswell delivers the CPU thump of a PC, and the battery life of a mobile device - an attractive foundation for a mobile platform chasing tablets.

In fact, Intel wants Haswell to be ubiquitous throughout its entire computing ecosystem: tablets, ultrabooks, desktops, and even high-end servers. Dropping that many devices on a single architecture is certainly ambitious, but how will Intel best ARM and persuade leading mobile device makers like Apple and Samsung to buy direct from Santa Clara. 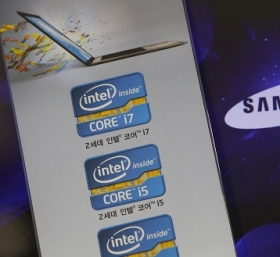 Consumers shopping tablets don’t care Intel is killing it on the server farm. ARM is good at mobile, and doesn’t just have good market share. At 95 percent, it has almost all the mobile market share.

When discussing ARM, and its downstream domination, Intel talks a different game. You won’t hear Intel brass mention a post-PC era. It’s all about personal mobile computing and blurring the lines between devices, capabilities and user interfaces. With Haswell, Intel’s scale across a homogenous architecture not only allows more devices to connect to the Internet, but also pleases developers because code is now reusable.

But we don’t hold code. And the Internet isn’t a touch screen. If Intel wants to sell personal mobile computing and penetrate the frenzied mobile market, it needs a mobile device compelling enough to get overnight campers out of line at the Apple Store.

Intel has big plans for the ultrabook. Closer to a MacBook Air than a tablet, Intel positions the ultrabook as a muscular alternative to the iPad, Google Nexus 7, or any other Android-based tablet trying to survive.

Like a real mobile device, Intel’s new design enables always-on and always-connected responsiveness techniques, eliminating the business fear of ill-timed boots and reboots. Lenovo’s IdeaPad Yoga has a screen that bends all the way back, and other convertible designs feature detachable keyboards. With the launch of Windows 8, expect larger ultrabook screens to have touch screen capability.

The mobility and upside of tablet, anchored by a real operating system and Intel chips. Now if someone would just buy an ultrabook.

Introduced in 2011, sluggish sales lumped the ultrabook in with other traditional PCs not selling, either. Where Apple innovates and brands as one machine, Intel relies on PC makers to evangelize, enhance design, and fix perception problems. Creating a critical gap to close because we’re still not sure whether an ultrabook is a PC or a tablet. At this point, Dell’s least expensive model costs more than an iPad. And the bigger touch screen – when it happens – looks like a $100 option.

Intel maintains Windows 8 will boost adoption, putting them in the ultrabook business for the long haul. But, in this case, the numbers don’t lie. Intel recently warned Wall Street third-quarter projections would be about $1 billion short. PCs aren’t selling fast enough to burn through inventory. Which taints both the Windows 8 launch and the ultrabook.

Intel covets the smartphone market, too. Which requires, once again, taking on ARM and entering unfamiliar mobile territory. Here, chip margins are slim and you make it up in volume. More evidence Intel’s business model, reinforced by server chips with huge margins, may need to drop a few pounds to compete in the mobile space, much less catch ARM.

Also, Intel should not underestimate the tablet user experience. Mobile OS, lightweight apps and no keyboard, all reasons to work on your PC and play on your tablet. Not so fast. Between a hungry development community and a few workarounds, iPads are becoming lean workhorses. Business travelers savor the size and tap the cloud when necessary. Fortune 500 companies - married to Microsoft - shamelessly order iPads by the box. Students pair them with keyboards and take notes, maximizing a device bought for entertainment.

Although the ultrabook feels light and stealthy, it still looks like a laptop.

The PC industry leans on Intel for influence and support. For PC believers, Intel is like a rich, regal grandfather with ties to the president. And as ruthless competitors, don’t mess with Intel because eating your lunch is part of their culture.

With plenty of experience navigating tough markets, and a copious supply of research and development, Intel continues to print money through good times and bad. In many ways, the Haswell processor validates Intel’s aggressive nature. Be omnipresent and truly dominant. Drive all computing devices, not just mobile ones.

Some analysts think anything tied to PCs today is a losing proposition. Others hoped last week’s IDF would generate a healthy buzz around the future of the PC. Intel acknowledges the future is somehow mobile. Now consumers will decide whether Intel’s vision of mobile personal computing is mobile enough.