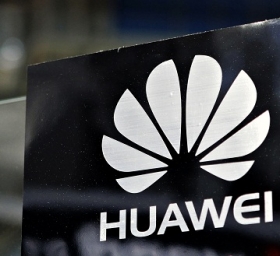 Huawei’s sordid intellectual property past has caught up to them. After nearly a decade of IP property theft accusations from networking gear rivals, last week’s House Intelligence Committee’s report labeled Huawei a security threat and urged U.S. companies to steer clear of the Chinese telecom giant. Now a champion of Chinese patent reform, Huawei may not just be banished from U.S. soil, but forever victimized by its nation’s dirty IP reputation.

Claims of cyber espionage and political corruption dominated the government’s 52-page report and stole tech headlines. But sandwiched between was a damning summary of Huawei’s scuffle with Cisco over routing source code reportedly stolen in 2003. Just one page of dated, but haunting evidence that Huawei executives lack credibility and can’t be trusted outfitting the U.S. with hardware directing sensitive traffic. In defense, Huawei points to almost 50,000 patent applications hatched from a crack research and development group as proof they’ve gone straight.

The U.S. government is far from convinced. “The Committee has reason to believe that Huawei is careless with its compliance with intellectual property protections.” Sounds like a blanket statement indicting all of China for years of software piracy and IP abuse. But the report digs deeper to finger alleged guilty parties closer to Huawei.  “Investigators heard from numerous sources that Huawei has a checkered history when it comes to protecting the intellectual property of other entities.” Those sources, the report claims, are former Huawei employees and industry experts confirming suspicions that Chinese companies don’t play fair, disregarding intellectual property rights at the expense of U.S. companies. 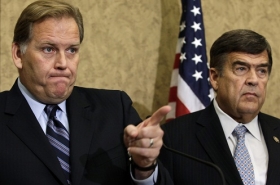 In fact, Cisco CEO John Chambers went on record last spring as saying Huawei doesn’t always “play by the rules.” And that China respects intellectual property when it’s in their best interest. Not unlike the Intelligence Committee’s report, Chambers offered cryptic rebukes of a company, at the time, with eyes on the U.S. market - Cisco’s backyard and the largest telecom market in the world. Only four percent of Huawei’s revenue comes from the U.S.

But Chambers also intimated China will soon embrace a more Western approach to IP as its economy matures and infrastructure becomes more advanced. Important because China now stands at the intersection of graduating from an outsourced manufacturing base and satiating an evolving culture with more expensive tastes. Showcasing a university-educated workforce of millennials roaming a Google-esque campus, Huawei mirrors Chamber’s prediction. So what about the respect for IP part? When’s that going to happen?

Huawei has become the second largest telecom equipment maker in the world, with a bullet. Generating approximately $32 billion in revenue last year, the Shenzhen-based company employees 140,000 workers, almost half of which are dedicated to research and development. According to customers, Huawei develops world-class gear engineered with homegrown innovation. Huawei represents a new breed of international patent seekers hell bent on monetizing and protecting intellectual property.

The World Intellectual Property Organization (WIPO) listed Huawei as the world’s third-largest international patent applicant in 2011, registering 1,831 applications. In an endless series of rebuttals the company has issued to pacify doubters, Ken Hu, chairman of Huawei USA claimed, “in addition to our own innovations, we buy access to other patent holders' technologies through cross-licenses. In 2010, Huawei paid western companies $222 million in licensing fees. Of that total, $175 million was paid to American firms.”

And according to our numbers, Huawei has been the defendant in 22 infringement cases since 2000. Conservative compared to Cisco’s 66 infringement cases, especially considering Huawei’s explosive growth in a flat market where Cisco is downsizing. Especially considering Huawei plays the low-cost provider partly responsible for industry consolidation, is a Chinese government darling, and has long been mired in bad press from Washington to The Economist. Humble beginnings to industry rock star toeing the patent line - with the publicity scars to prove it. Huawei has a good story to tell.

Problem is nobody would believe it. Nobody wants to hear the story of being undercut by the Chinese government subsidizing products that must be approved by a third-party in the United Kingdom because the world thinks they’re bugged. Nobody likes the part where a former PLA member mysteriously disappears from the military to start a company that hijacks a mature industry built on long-term contracts and long-standing relationships. The story gets old when murky details linger, yet company talking heads speak out of both sides of their mouth and deliver cursory, if not false, information to developed nations accustomed to corporate transparency traded on a stock exchange. These days, it seems nobody appreciates a cold war mystery full of spies and espionage. Depending on the angle, that’s the Huawei story.

Call it protectionism, nationalism, an election year, even conspiracy theories tightly crafted to cast doubt on a well executed product strategy, but the truth remains Huawei got rubbed out of the U.S. market because nobody can separate fact from fiction. Huawei spooked enough important people and its routers and switches have to pay.

Whether you believe Huawei acts alone, or is helping spearhead a military plot to bring down the U.S. telecommunications network, the committee’s weaker charge of disrespect for intellectual property could, over time, be overturned in the minds of stateside buyers. Hey Huawei. Invest even further in a Washington lobby. Build a bigger Yankee brand. Shout about more recent good IP deeds, anything to resuscitate your current DOA status. The good news is your image problem can’t get worse.

But outside of continued public badgering from Cisco, Huawei has built a legitimate patent portfolio. 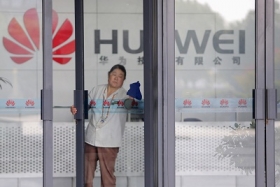 Huawei’s bustling operation and new world success. Although no signs of a foosball table, the company headquarters has all the trappings of an American techno-Zen campus. More importantly, a young design team now combines with a seasoned R&D lab to produce enough leading-edge mobile technologies and differentiated gear to hush critics lumping Huawei in with Chinese sweatshops like Foxconn, Apple’s preferred manufacturer.

One ugly shadow Huawei may not escape is the Chinese patent system, full of corruption and bastardized intellectual property. Critics argue Chinese patents are of poor quality. Chinese government incentives for patent filings include better housing for students and employees, and tenure for professors, corporate tax breaks up to 25 percent, and fat government contracts.

Incentives get bandied about the U.S. as a quick fix to our patent shortcomings, but sacrificing patent integrity isn’t part of that reform. Western academics compare the Chinese patent racket to the avalanche of plagiarized and empty academic papers meant to position China as an intellectual elite. Although patent law did not exist in China until 1985, the existing patent ecosystem appears self-serving at best.

Right now, Huawei is a U.S. punching bag trying to survive 12 rounds of severe accusations. The committee report spared Cisco and Ericsson from Huawei’s global ambitions, while tripping up a miracle run of revenue. Other countries are voicing concerns over Chinese networking equipment, too.

Cyber espionage sells. And finding your telecom vendor in bed with a communist government wouldn’t look good to an enterprise community already suffering from currency manipulation and other, perceived, unfair Chinese business practices. Guilty by association? Draconian measures employed by the U.S. government to kill China’s momentum? China has too many ghosts in the wires for those two simple explanations. Cleaner IP may be Huawei’s only convincing evidence.