Search
Alena StakhanovaNov 24, 2022Legal
Is Thanksgiving Trademarked? Who Owns Some of the Most Beloved Trademarks of the National Holiday? 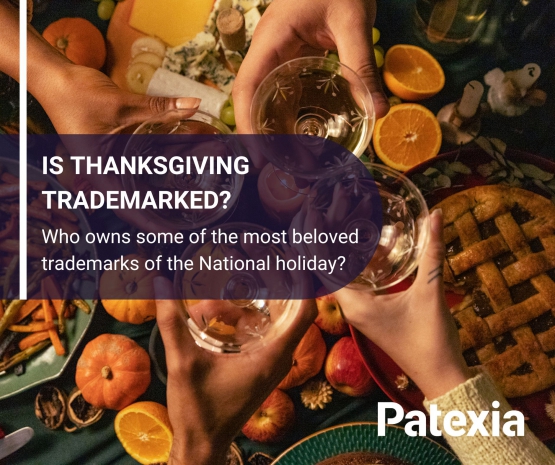 Who would have thought that centuries after the Pilgrims first feasted on their harvest, this national holiday would attract businesses to establish their presence on the rights of trademark holders of our favorite Thanksgiving goods. From the streets to family tables, what are the most recognizable USPTO trademarks we see around the Thanksgiving holiday and what are the stories behind them?

Starting with a tricky Turkey business. A well-known American brand BUTTERBALL, specializing in poultry, including variations of turkey goods, is “…the most loved brand of turkey in the United States.” The Butterball has a vague history beginning in 1940, when its name was first registered by Ada Walker from Wyoming, Ohio. Since then, Butterball turkey mark faced numerous amendments, ultimately leading to the BUTTERBALL trademark recognition in 1980. In 2015, Butterball was also engaged in a complex legal dispute with the Joseph Sanders Meat company, who claimed a possession of BUTTERBALL HAM as the name for their ham products.

In 2009, Americas beloved PILLSBURY’s character, Doughboy, debuted on the Macy’s parade as a gesture of value recognition the brand has brought to the Thanksgiving celebration for decades. Pillsbury was registered as a trademark for “frozen packaged meals consisting of eggs, meat, vegetables and cheese sauce” in 2013. Pillsbury’s Turkey Sugar Cookies became a must-have Thanksgiving treat on Americans’ tables.

Alongside your Thanksgiving holiday, while choosing your goods, remember, there is a story of legal procedures and hard work by trademark attorneys behind each brand. The vast impact of common day goods continuously reminds us of the role that Intellectual Property has today.