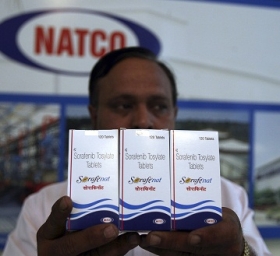 Janssen Pharmaceuticals, Inc., manufacturers of the Ortho Tri-Cyclen birth control drug, are filing an injunction against Glenmark Generics, Ltd., an Indian-based generic drug manufacturer that manufactures and sells numerous generic products within the United States.  Janssen, holders of US Patent # 6,214,815 for a “Triphasic Oral Contraceptive” and the original FDA New Drug Application (NDA) for Ortho Tri-Cyclen, are alleging that patent infringement by Glenmark Genetics will cause foreseeable harm and injury to their company.  Glenmark submitted an Abbreviated New Drug Application (ANDA) for the manufacture of a generic version of Ortho Tri-Cyclen before the expiration of the ‘815 patent, even though Glenmark vociferously denied, through paperwork submitted to the FDA, that their application is independent of the ‘815 patent.  Janssen is seeking a judgment of infringement, an injunction on the manufacture or selling of any drugs proposed in Glenmark’s ANDA and repayment of all fiduciary costs associated with the lawsuit.

Last week, Patexia.com covered a very similar lawsuit, currently pending against Noven Pharmaceuticals, which is being sued by Japan-based pharmaceutical technology company Teikoku Seiyaku and their licensed manufacture contractor Endo Pharmaceuticals over the patent infringement of 5% lidocaine patches used to treat shingles patients with post-herpetic neralgia complications.  In a mirror to the Janssen v. Glenmark Genetics lawsuit, Seiyaku and Endo claim that Noven’s attempt to submit an ANDA to the FDA for a 5% lidocaine patch violates their patent technology.

In both of the aforementioned cases, the 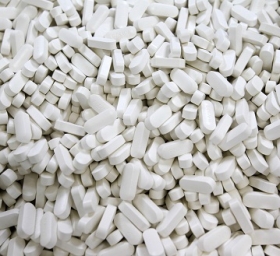 plaintiffs are taking advantage of the Hatch-Waxman Act, a piece of 1984 legislature that includes a provision for pre-emptive lawsuits before FDA approval of an abbreviated NDA before the evaluation process is over.  (It is worth noting that the law also provides leverage for generic manufacturers to mount validity challenges without risk of enormous damages resulting from possible infringement or lawsuits incurring because of it.)  As a result of the policies enacted by this Act, including less stringent demands on FDA requests in an ANDA application (namely bioavailability and “sameness” to the original drug), the generic drug industry boomed.  Over the last decade, the availability of generic drugs has saved consumers and the government $931 billion, according to a Generic Pharmaceutical Association study, and will save even more this year as 22 drugs go off-patent.

But generic drugs are not just a cost-saving panacea; they are also a literal lifesaver, particularly in third-world countries beset by pandemics requiring either expensive or recurring treatments. This week, a landmark lawsuit pending in India is set to begin, which could have enormous ramifications for generic drug manufacture abroad, as well in the United States.  On Wednesday, the Indian Supreme court will hear a case that could limit Indian companies’ rights to make inexpensive copies of pricey drugs developed and patented in the United States and Europe.  The case is based largely on the Novartis drug Gleevec, which costs $5,000 per month in the United States, but only $200 per month for a locally made generic version.  Proponents of the lawsuit include defenders of intellectual property rights, with opponents arguing that stifling generic drug production will severely handicap international aid groups’ efforts to combat diseases such as AIDS, with much of the generic drug production coming from India. 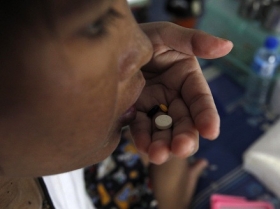 An argument can be made on behalf of pharmaceutical companies’ aggressive courtroom tactics.  For one thing, the average cost of developing a drug in the United States, including research, clinical trials and manufacture, can run in the nine digits -- billions of dollars.  With that much money to be recouped for future efforts, it’s understandable that companies want to protect their patents at all costs.  Secondly, preventing the marketing of too many generic equivalents does protect the integrity of the medication and makes it easier to regulate, especially since FDA approval of an NDA is so much more of a stringent process than for approval of an ANDA.  And finally, it allows doctors to make the best choices for their patients.  Generic drugs are not always as effective as brand-name, and patients will not metabolize offshoots of an original drug the same way.

On the other hand, arguments can also be made that those reactionary, knee-jerk lawsuits against any generic manufacture of an existing drug as patent infringement set dangerous precedent that could impact drug improvement and patient choice.  For one thing, although patents are most often held for 20 years by the original manufacturer, the effective market window for sales of the drug can often be years less.  Secondly, the litigious actions of companies trying tightly to hold on to every scientific detail of their discovery really bodes the question “What can you patent?”  Upon his discovery of the polio vaccine, Jonas Salk was famously asked by Edward R. Murrow who owned the patent.  “There is no patent,” Salk bristled!  “Could you patent the sun?”  But as it currently stands, any attempt to manufacture a generic drug that builds on the intellectual property of its predecessor, even if the drug is an improvement for patients, is actionable.  What if the lidocaine patch proposed by Noven Pharmaceuticals is an improvement for PHN patients?  What if you can’t deviate from the 5% dosage?  Can you patent a dosage?  A delivery method?  A gene coded by your DNA?  A US federal appeals court affirmed the right of Myriad Genetics to patent two genes linked to breast and ovarian cancer.  Can you imagine being the company attempting to make a generic drug for any disease coded by that gene?  Any drug or treatment is a violation of Myriad’s patent!

The most salient point of all is that these lawsuits, while attempting to protect the intellectual property of companies and their holdings, are hindering the ability of other companies to improve or augment current medications in ways that benefit patients and their health care providers.  The cost of health care in the United States is about $7,960 per person—a rate that has grown faster than GDP—a number that will surely balloon in the coming years with the influx of baby boomer seniors and the passage of the Affordable Care Act.  It is worth balancing the ability of pharmaceutical companies to develop and manufacture new drugs without fear of patent infringement with a common sense that allows for progress and innovation.