Enjoy this week’s wrap up of trending medical news! 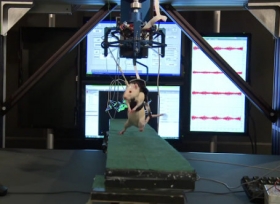 Rats that were previously paralyzed as the result of spinal cord injuries are now walking again thanks to a new rehabilitation technique. Researchers at École Polytechnique Fédérale de Lausanne have shown that a severed section of the spinal cord can be restored to function when its own innate regenerative capacity is awakened. The researchers injected a chemical solution into the rats, which triggered cell responses by binding to specific receptors on the spinal neurons then stimulated the spinal cord with electrodes. To see this research in action, check out this video.

The race to $1,000 human genome sequencing 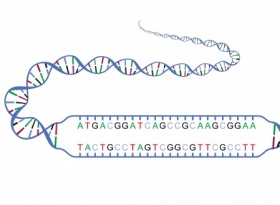 Just one decade ago, sequencing an entire human genome cost upwards of $10 million and took about three years to complete. Now, several companies are racing to provide technology that can sequence a complete human genome in one day for less than $1,000. The technologies in play makes use of advances in nanotechnology and semiconductor sequencing technology, enabling the gene sequencing machines to shrink to the size of a benchtop unit while reading multiple strands of DNA at once. 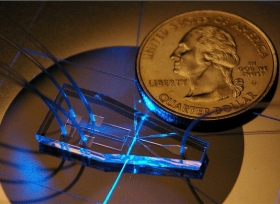 Diagnosing diseases such as HIV and leukemia could soon be as simple as screening cells using an inexpensive, portable device. The new chip can focus cells into a single stream and assess them in three ways using optical sensors, a process called flow cytometry. The new device could make it possible to utilize flow cytometry techniques in a clinical setting for as cheap as $1,000 a device, compared with $100,000 for current machines. "Our machine is small enough it can be operated by battery, which makes it usable in Africa and other remote locations," Tony Jun Huang, a professor at Penn State who was part of the team that designed the device, said. 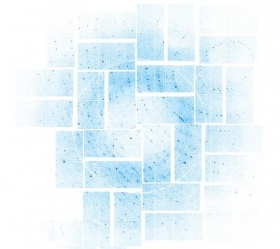 A study published this week in Science demonstrates the potential of free-electron lasers (FEL) to obtain high-resolution structural insight into macromolecules. An international team of researchers determined the structure of hen egg white lysozyme down to a resolution of 0.19 nanometers. "The exceptionally intense X-ray pulses possible with FELs open the door for analyzing completely new classes of biomolecules like proteins from the cell membrane." explains co-author Henry Chapman. 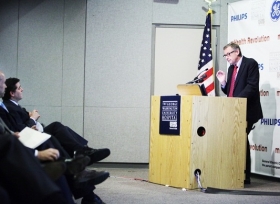 The FCC has announced that it’s assigning 40 megahertz of spectrum for wireless medical monitoring devices. This will be on a shared basis with, would you believe… test pilots in the defense and aerospace sectors? It’s true. The announcement caps several years of negotiations between the FCC; two major manufacturers of medical monitors, General Electric and Phillips; and the flight industry’s Aerospace and Flight Test Radio Coordinating Council.