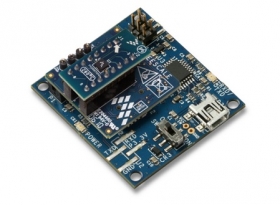 Microelectromechanical system gyroscopes may be small in stature, but a patent infringement claim against MEMS upstart InvenSense in the California Northern District Court illustrates just how big the market has become.

Wacoh Company, a Japanese R&D specialist, alleges InvenSense and four other MEMS players including industry veteran Analog Devices have infringed on patent 6,865,943, an angular velocity sensor. ‘943 could represent a precursor to the technology behind MEMS gyroscopes now imbedded in mobile and gaming devices. All of the gyro products named in Wacoh’s claims embody the three-axes of motion detection required to launch a host of advanced consumer electronic applications. According to IHS, the three-axis segment made up 71 percent of the $655 million market for MEMS gyroscopes in 2011. And Wacoh wants some of it.

Although accelerometers and gyroscopes are complementary sensors, the MEMS gyro market is proving more valuable based on application benefits and rapid adoption. InvenSense, headquartered in Sunnyvale, Calif., has ridden a successful 2011 IPO to several gyroscope breakthroughs in the CE space, and Analog Devices supplies a diverse mix of industries with MEMS devices. With gyroscopes annual revenues expected to surpass accelerometers by 2015, industry experts consider accelerometers increasingly mature. And as MEMS gyros become ubiquitous in the mobile world, venture capitalists and average investors are taking notice.

MEMS gyroscopes sense motion, measuring the angular rotation rate of an object. MEMS gyros can have analog or digital outputs and are highly resistant to shock and heat. MEMS components are measured in micrometers and are inexpensive per unit. So they are small, tough and cheap -- perfect for the iPhones, iPads and Nintendo Wii’s not only for tracking motion, but also taking a beating. When your iPhone unwittingly flips from portrait to landscape, blame the accelerometer. When your iPhone gaming experience exhilarates, thank your gyroscope.

Wacoh founder Kazuhiro Okada filed patent ‘943 in 2001, mentioning nothing about the arrival of any Steve Job’s post-PC era. In fact, any comparisons or references made in the background art were to “the automobile industry, machinery industry, and the like.” ‘943, however, does describe his invention as a multi-axial angular velocity sensor capable of detecting velocity about a XYZ-axes three-dimensional coordinate system. On the surface, a construct of contemporary MEMS technology.

And Okada explains why measuring the movement of an object requires detection of both acceleration and angular velocity components in his XYZ concept, hinting at the gyro’s prized capability. “An object which carries out free movement in three-dimensional space bears an acceleration in an arbitrary direction and an angular velocity in an arbitrary rotational direction.” 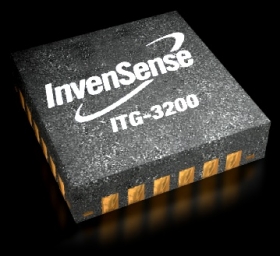 Getting back to the iPhone example, accelerometers measure only linear motion, or mobile features like orientation and tilt control. While the 3-axis gyroscope measures angular acceleration about the XYZ-axes, allowing for more natural movement in a three-dimensional world. Therefore, our 2012 mobile trappings -- assembled products like the iPhone - function best when an accelerometer teams with a gyroscope. And with fewer degrees of separation, today’s 3-axis suppliers would presumably make clearer infringement targets than branded buyers.

InvenSense has since launched the world’s first 6-axis offering, combining a gyroscope and accelerometer on the same silicon die. Soon after, InvenSense struck again, integrating an on-chip digital motion processor creating a 9-axis dual-chip motion-tracking device targeting smartphones, tablets and wearable sensors. All this power and integration made possible by a “proprietary and patented Nasiri-Fabrication process.” Which fuses a MEMS wafer with an industry standard CMOS wafer, shrinking the manufacturing process while optimizing testing and packaging. 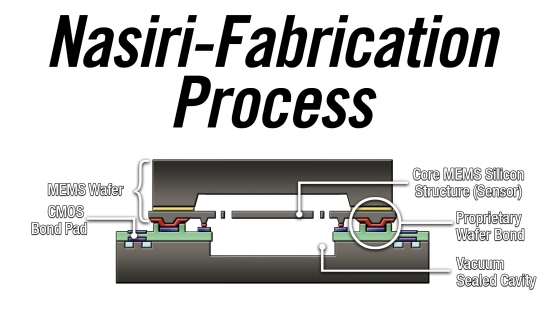 For volume production, testing and packaging comprise approximately 80 percent of product cost, according to InvenSense. By targeting the CE market, market pressures dictate InvenSense deliver a more compact, integrated device providing a smaller footprint. The mobile market moves fast and suppliers must iterate and morph to meet demand, diluting some technologies while embracing new ones. Important because when gauging the scope of patent claims in this case, InvenSense appears to differentiate and compete more on manufacturing and scale than an otherwise game-changing 3-axis design.

According to EE Times, InvenSense MEMS devices can be found in Samsung Galaxy products and many other smartphones not made by Apple or Nokia. Nintendo Wii and Sony PS3 are customers, too. And an InvenSense MEMS gyroscope just automated a Black & Decker screwdriver, controlling variable speeds and direction by using motion as the user interface.

High-performance MEMS devices are really solutions looking for problems. In other words, InvenSense, Analog Devices, and others named in Wacoh’s suit are finding gyroscope applications even in the garage. No, InvenSense may not be STMicroelectronics -- the reported MEMS provider for Apple -- but their fabless model is innovating and growing, rapidly producing leading-edge products that do things to excite the masses, including end users that would never know to celebrate the hidden, diminutive gyroscope.

MEMS gyros are three dollars and built for speed. It’s their time, and getting taken to court may be evidence of that.

Kazuhiro Okada’s background and focus appear to be in the lab, holding a reported hundred or so global patents. He is also mentioned as a MEMS enthusiast and startup pioneer in Japan. And a 2009 speaking engagement at Taiwan’s first MEMS industry forum revealed Okada is now tinkering with 6-axis motion sensors. So not exactly a patent troll by today’s standards. At face value, more like the kind of guy patent law is supposed to protect.

Meanwhile, in a higher-profile case InvenSense and STMicroelctronics are suing each other over similar multi-axis MEMS devices. STMicroelectronics is the MEMS device industry leader, and InvenSense plans to defend a robust patent portfolio that touches both gyros and accelerometers.

MEMS gyroscopes are hot and litigious. Patent historians claim an uptick in patent infringement cases validate disruptors and mark a desirable industry. However, we’ve learned patent validity gets murky and subjective when all these tiny components roll up into a smartphone. Fueled by consumer electronics, maybe MEMS technology has truly arrived. Using ‘943 as introduction, welcome to the micro patent wars.

Assuming good intentions, Wacoh can legitimately protect its intellectual property rights and renew our faith in patent law. Private R&D labs with little recourse can continue to add a welcomed dimension to innovation. Garage inventors will be encouraged to pursue their craft without external threats of infringement. The MEMS gyroscope and accelerometer markets will attract more attention and more capital. Based on market adoption, InvenSense’s patent portfolio will make a valuable asset going forward.

If Wacoh is simply holding InvenSense and like-minded companies hostage for a quick payday, a promising market will potentially stagnate. As usual, resources will be wasted fighting toothless claims of infringement. Patent trolls will leverage antiquated MEMS technologies and useless patents to sabotage an exciting growth market. InvenSense will be forced to analyze its own patent portfolio and develop a patent strategy for risk management.