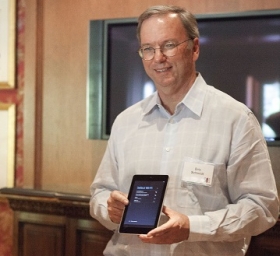 Recently, Google and Facebook continued their ongoing efforts to shore up acknowledged deficiencies in their respective lines of business as related to mobile technologies. Both companies have weaknesses in their infrastructures and, based on insights gained from recent acquisitions, this appears to be an admission that they need some help in the mobile department. Interestingly, these acquisitions also provide strategic insights into two critical trends which will most likely continue into the immediate future.

First, acquisitions will become the norm and will occur at an accelerated pace as market leaders – like Google, Amazon, Microsoft and Facebook – come to terms with the brilliance of Apple’s “iMoney” ecosystem and their inability to effectively counter the halo effect of Apple’s flagship products.

For example, Google recently purchased iOS developed Sparrow for less than $25 million. Sparrow, a highly talented five-person shop, developed one of the most highly rated iPhone mail applications on the market, which, not surprisingly, only happens to work on Apple products. 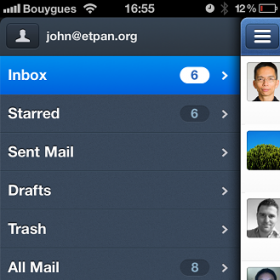 As the old idiom goes, “If you can’t beat them, join them.” Google’s previous feeble attempt to create an iPhone mail application, which of course integrated with Gmail, resulted in the dubious distinction of being placed on the “Worst Apps Ever” list maintained by The Huffington Post.

Not to be outdone, Facebook’s efforts to create a mobile application resulted in an app that ignores basic design principals as related to interface design. Ironically, both iOS and Android users called a truce to join together in their universal disdain of this app, which also was placed on the same previously referenced worst ever list.

In their defense, both companies have learned that it's easier to spend money on external acquisitions that guarantee results instead of creating public relations debacles fueled by their own deficiencies. Acquisitions, especially in the technology sector, are taking on a new flavor because the application market engineered by Apple immediately magnetizes the efforts of mobile developers who build products that focus on creating immediate value for their users. In other words, there's nothing wrong with sticking to what you're good at.

The second trend is for successful mobile designers to focus on building intuitive applications that provide a high degree of usability around a limited number of features, which is infinitely better than mediocre quality hiding behind what looks like an impressive array of functions. Successful mobile applications are engineered and designed to do a series of singular tasks and to do them exceptionally well, which means that by their very nature they are intrinsically disruptive.

Mobile applications are the bane of enterprise applications. Enterprise solutions are almost always over-engineered. Take for instance the acquisition of Instagram -- another app that for a long time only operated on iOS phones -- for $1 billion dollars. Instagram provided a seamless experience for users wishing to share community created content via their iPhone camera. Facebook, a platform rich in features, was incapable of providing a superior experience around a more limited but needed feature set, thus the acquisition.

While they wouldn't want to admit it, it would be accurate to say that the pervasiveness of their business affairs prevents companies like Google and Facebook from pursuing innovations on a more micro level while maintaining a strategic focus. Facebook also recently announced the acquisition of Acrylic Software. Acrylic, another niche application company, is known for its personal database app and newsreader called Pulp. Once again, niche-specific apps that come to represent a best-in-class product for a diverse user group with focused needs.

The current mobile application market is an opportunity -- both creatively and economically -- for small to medium size organizations to innovate by selectively targeting poorly implemented features (or ones that don’t exist) within the traditional purview of established technology giants. These large companies, once leaders in innovation, are not capable of the surgical innovations that can be achieved by an independent app developer. As a rule of thumb, the smaller, more agile a development shop, the greater its chances of positioning itself for an acquisition.