Nokia, RIM, Motorola, Google, Apple and Samsung. In 2012, they captured our imaginations by pushing the boundaries of mobile technology and our media attention by fighting tooth-and-nail over intellectual property. We’ve finally emerged from the year of the patent wars, where these companies exemplified the difficulties of our current patent system. So far they have all made it to the other side of a New Year alive, if not entirely unscathed. Though nobody expects the problems with aggressive infringement litigation, unfair licensing strategies, and threats of injunctions to evaporate in 2013, I’m of the opinion that things are looking up.

As I’ve discussed in earlier articles, these IP-focused strategies are symptomatic of a technology market where the money in patent infringement is just too good. As companies have a hard time keeping up with their competition, they have learned new ways to leverage their IP assets--ignoring the need for a “defensive” patent portfolio, pursuing IP revenue is just too profitable an opportunity to pass up. Unfortunately, most of these have had detrimental effects on competition and innovation, but the tides could begin to turn in 2013. Some big moves involving these major players indicate that the whole patent wars ordeal may be more trouble than its worth. 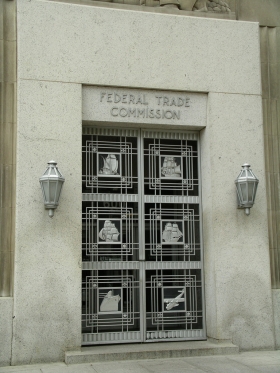 As 2012 drew to a close, some of us waited with bated breath for the Federal Trade Commission (FTC) to resolve its investigation into Google for questionable anti-competition behaviour. Three main issues were on the table, and the two related to Google’s search results drew the most attention. Today the FTC released its findings.

For one, Google has agreed to allow more freedom to its adwords users, addressing a major complaint about compatibility with competing platforms. In the second, a look at Google’s search algorithm (and whether or not it unfairly biases Google products) came up negative: “the FTC concluded that the introduction of Universal Search, as well as additional changes made to Google’s search algorithms – even those that may have had the effect of harming individual competitors – could be plausibly justified as innovations that improved Google’s product and the experience of its users. It therefore has chosen to close the investigation.”

The third issue, despite not making the lede paragraph of most news articles reporting today’s FTC release, is quite possible the most important. The FTC addressed allegations that Google had adopted Motorola’s practice of monopolizing on their standards-essential patents to “hold up” competitors. To resolve the issues, Google has agreed that it will no longer seek import injunctions as a means of blocking competitors from using patents that are essential to key mobile technologies. Now, Google will be forced to license all standards-essential patents to willing licensees; they can no longer say “pay us exorbitant licensing fees, or we’ll put an import ban on your products.”

Ideally this will begin to set some sort of precedent, and mobile companies may actually start following FRAND standard-setting terms to actually achieve what these terms were initially intended to do: give consumers choice, promote fair competition and allow technologies to flourish as a result.

Even the FTC was optimistic, allowing themselves to hope that their conclusion “may set a template for the resolution of SEP licensing disputes across many industries, and reduce the costly and inefficient need for companies to amass patents for purely defensive purposes in industries where standard-compliant products are the norm.”

Nokia and RIM struggled through this year--one that many thought the two companies wouldn’t see the end of. The last thing these companies needed was a mess of infringement claims, but Nokia chose the Blackberry maker as an easy mark for some patent-powered revenue generation. Towards the end of last year the two agreed to a settlement, and though RIM came from a weaker position (and paid $65M as a result), I think that both companies are better off with the “settlement of all existing patent litigation.” 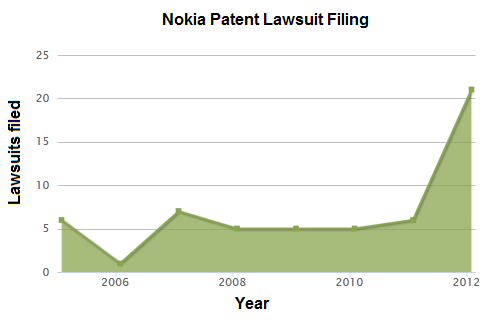 Nokia has shown that it still has some staying power in the form of a “cash cow” patent portfolio. RIM was just the warm-up, and Nokia will likely use that portfolio to buy more time to bring its products back up to speed (rumours of a metal-encase Lumia indicate that they haven’t given up just yet.) RIM, for its part, needs the coast to be clear before its 2013 BB10 release. Either way, this writer hopes this cooperative move, putting patent disputes to bed so both companies can focus on the technology instead, is a step in the right direction.

For the highest-profile of the patent-wars battles, Apple v. Samsung still rages on. With excited masses worldwide begging to give these two companies their money, each loathes the other strongly and conspicuously enough that neither can let up anytime soon. Here the ITC, functioning as an ad-hoc judge of patent infringement, must also deal with the same question that came up with Google and the FTC: injunctive relief for companies hold standards-essential patents. Though we now have to wait another month for the decision, it’s bound to be a big one.