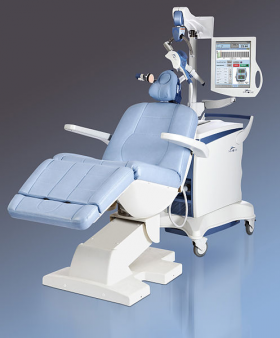 Breakthrough new research out of Massachusetts General Hospital shows that the use of magnetic field stimulation from microscopic devices implanted into the brain may be able to boost brain activity and alleviate symptoms of several devastating neurodegenerative conditions. Researchers leveraged the use of magnetic stimulation, which has been used for years to diagnose and treat neurological disorders. However, transcranial magnetic stimulation often generates fields by hand-held coils outside the skull, which ends up activating undesired parts of the brain, and makes delivery specificity to certain parts of the brain difficult.

Researchers used a two-part experiment to come to their latest discovery. They first developed computational simulations, based on previous publications, which verified that tiny magnetic coils measuring 0.5 mm by 1 mm would release the necessary magnetic pulse to stimulate neuronal activity. They then tested commercial coils in various positions in retinal tissue to successfully elicit neuronal signals. Interestingly, the position of the coils made all the difference in which cells were activated. When the coil was parallel to the tissue surface, it activated retinal bipolar cells. When it was positioned perpendicular to the surface, it activated ganglion cells. 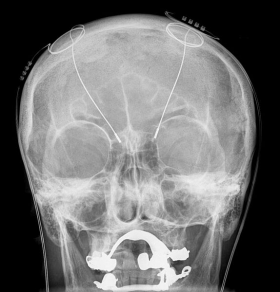 Deep brain stimulation (DBS) is a recently approved surgical treatment involving the implementation of a device called a “brain pacemaker” to send electrical impulses to specific parts of the brain. DBS leads, placed in the part of the brain that corresponds to the neurological disorder being targeted, and is the controlled by a pulse generator placed either below the collarbone or the abdomen. Approved applications for DBS include Parkinson’s disease, chronic pain, depression, Tourette’s syndrome and even deep comatose patients. Although promising, DBS has limitations. MRI can only be used in limited quantities in DBS patients, because it causes DBS to heat up and damage brain tissue. In addition to the typical autoimmune response to a foreign implant, up to 9% of patients have shown neuropsychiatric effects including cognitive dysfunction, depression, apathy, hallucinations, and others, probably due in part to the stimulation of other brain areas besides the target that sometimes occurs with DBS.

The latest research shows not only that the magnetic fields generated by magnetic coils are small enough to be implanted into the central nervous system and can be used to modify the effects of neurons, but that it has the potential to be more safe and effective than current electrostimulation devices. The study is considered a proof-of-concept that small coils activate neurons, and must be properly conducted and verified in animal models. If the concept proves to be clinically applicable, the Mass General team thinks it harbors potential for other stimulation uses in medicine, including as a more compact replacement for pacemakers in heart patients.

The recent advances in brain stimulation reiterate long-standing ethical concerns about how (and with what) the technology should be used. Studies in Parkinson’s patients show strong dropout rates in DBS treatment compared to traditional chemical treatment, which showed equally effective efficacy. Furthermore, many Parkinson’s patients with severe dementia are often denied placement in long-term care facilities due to their DBS implants, raising concerns about which patients should receive implants. Further ethical considerations are patient autonomy and safeguarding the wishes of vulnerable patient populations, unrealistic expectations in patients, and the moral ethics of treatment in children with Tourette’s syndrome. Finally, although the FDA approved the use of DBA as treatment for various neurological disorders (including depression and obsessive-compulsive disorder), to date, there is j.1467-8519.2011.01886.x/abstract">no oversight on procedural safety and efficacy, no safeguards for conflicts of interest by researchers and investigators, and transparency in research. It’s clear that as this technology evolves from the laboratory to the operating room, industry and medical agencies will have to self-regulate (or be regulated) to ensure patient safety.