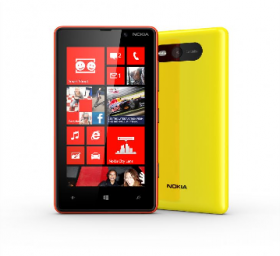 Nokia recently revealed a range of smartphones called the Lumina, preparing itself for battle against the looming giants in the industry. With a significant financial downward trend over the past 5 years, Nokia may be nearing a sink or swim situation in regards to a cell phone industry that continues to ramp up the transition speed towards the smartphone design.

Smartphones aren’t for everyone, and Nokia’s "dumbphone" sales are steady. Selling off about a million a day is no small revenue stream, even if they aren’t turning Apple-esque margins. The emerging markets around the world will continue to demand economic phones for the near future, barring technological breakthroughs. This should contribute significantly to keeping Nokia afloat.

The second strength is their patent portfolio. For two reasons. The first is that Nokia IP alone has a monetary value in the billions, though precision in assessing exactly how much is guesswork at best. This translates well into the second strength Nokia holds, and that is an annual licensing revenue hovering around $600 million. This is a critical component in offsetting some struggling financials following the 2008 meltdown.

Speaking of financials, returns have been looking dire for quite some time now at Nokia. The downward trend of revenue streams and cash flow is quickly putting Nokia into an uncomfortable corner. ROI in 2011 was in the red over 7%, which is bad enough without the internal benchmarks in the green of 2007 (16%), 2008 (10%), 2009 (5%), and 2010 (3%). There is momentum to this trend, and swimming upstream can be exhausting. The overall sales trend looks similar, highlighting that this is less a problem with efficiency and more a problem with products and branding.

Fortunately research and development investment has shown consistency over the same 5 years, highlighting Nokia’s recognition of their own competency in generating licensing revenues and developing new IP. The cuts look to be instead in marketing. This is far from unusual, marketing is often one of the first accounts to find itself under the ax. I would argue this may be a substantial issue however, particularly when so much of the company’s success hinges on differentiating within the smartphone industry. 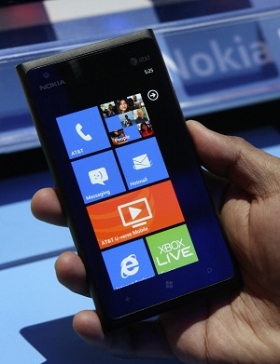 Finally bringing us back to Nokia’s new releases, what do you know about the Lumina? If you are answering ‘nothing’, then we may be in agreement about Nokia’s allocation of funds. When I define Nokia as a phone manufacturer in my mind, the first thing I think of is an economic but dependable phone. That is their brand. This branding pitch does not bode well for entering the smartphone market. That is not at all what that particular demographic is currently responding to. Maybe they would, were they given an economic smartphone option that was well-marketed (hint hint), but at the moment user-friendliness coupled with strong technical features and cool gadgets is running the show.

What is the Lumina defining itself by? The camera and the industry-largest battery seem to be focused upon, both relatively small fish. The interesting note is the wireless charging they refer to as ‘Qi’ (pronounced ‘chee’, from the Chinese word for energy). The wireless charging feature, though it has been in existence for some time, is the most striking. This is the social element, this is the potential momentum builder.  The ability to charge your phone at a Starbucks while having your morning coffee is an appealing sell point, and exclusively offering this feature (and marketing it well!) is differentiation. This is what Nokia needs. The downside to the wireless charging feature is that it is provided by a third party, so this may not result in loyalty and exclusivity if it catches. Another downside is that there is no free lunch, and putting Qi chargers in coffee shops will either charge the customer or charge Nokia. Still, it could potentially be a marketing lifeline if well-executed.

Nokia is struggling financially in a market that is rapidly changing towards a platform they have yet to demonstrate competitiveness in. As an investor or stakeholder in Nokia, change is necessary. The smartphone is an attractive option and the Lumina series is a step in the right direction. Still, there is a hint of desperation in offering this smartphone without distinctive features that stand to capture a crucial niche in a high margin segment of the industry. Wireless charging is the interesting spin here, but is it worthy of a consumer trend? Is it being marketed well? Maybe not.