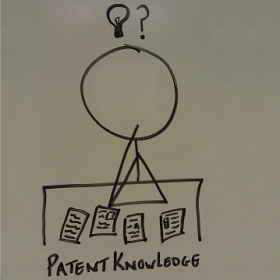 Patents, the heart of our intellectual property system, do not have a straightforward value. But they are property; individuals and organizations can maintain ownership of patents, as well as trade them freely in the marketplace. From an economics standpoint, the patent system's goal is to incentivize innovation by providing an asset of value to this country's innovators. Without a uniform means of valuation, increasing uncertainty regarding patent value threatens this goal.

In a 1997 paper from Oxford's Said School of Business examining patent valuation, Robert Pitkethly puts it plainly: "Lack of practical valuation methods under such conditions can lead to sub-optimal decision making in the course of managing an IP portfolio."

And this sub-optimal decision-making can lead to problems.

What exactly has value?

Patents, a descriptive representation of an invention, are valuable for the rights they provide the owner. This important nuance means that a patent's value is highly dependent on the owner's ability to exercise the rights provided by the patent. In particular, the government issues patents to temporarily prevent other parties from practicing an invention, effectively granting inventors a
temporary monopoly on their invention. By excluding competition and selling products at monopoly prices rather than lower competitive market prices, patent owners can make more money than inventors who do not hold patents.

In theory, this incremental increase in profit should give us some clues as to how to value a patent. In practice, complicated details arise in how patent owners can exercise the exclusionary rights granted by their patents. Fickle market demand, cross-licensing agreements, technological standards, and products involving many patents all make assigning acceptable patent values a difficult process. The rise of the non-practicing-entity model of extracting patent value is symptomatic of a system that, for better or for worse, no longer provides a consistent incentive for inventors. And this is before we consider overlapping patents that the USPTO issued erroneously--if the scrutinizing eye of a persistent adversary can demonstrate that your patent is invalid because it is not sufficiently original, the value could drop to zero.

The above income-based approach, considering the future value to be gained from ownership of a patent, is one of three common valuation strategies applied to patents. Though this approach is fairly direct, it is confounded unforeseen defensive licensing agreements and legal costs to enforce patent rights. Both are common.

Instead of relying on the outcomes of uncertain future circumstances, a second approach considers the costs involved with creating a patent. Various costs can be considered to estimate the value of a patent, including historical costs of development and theoretical cost of replacement. Since patents rely on future enforceability, though, these historic approaches easily miss details which concern those most interested in a patent's value.

In practice both of the above approaches contribute to patent valuation, along with a market-based evaluation indicating value by comparison with similar property traded in an open market. Still, perceived patent values fluctuate rapidly with technological developments and status of infringement litigation and disagreements run rampant. Further, this state of affairs will likely remain the status quo for the foreseeable future, barring the system-wide adoption of
another approach to patent evaluation. One such approach is J. Lyons-Weller proposed trade of IP assets in an IP share market, but this sort of radical change is unlikely.

Pitkey's 1997 paper recommends "an objective valuation method in conjunction with the expertise of these people should enable well founded decisions about applications and the resulting patents to be taken." He cautions: "however, two problems exist, firstly, lack of any commonly accepted objective valuation method with which to process this information and secondly, the fact that the decision processes involved in valuation are subject to a number of potential biases."

After fifteen years of sub-optimal decision-making, Pitkethly's words still ring true--our system is worse off and no closer to solving the problem of valuation.