A main goal of the patent system is to incentivize innovation within an economy. Investment in the research and development of inventions can be substantial. Without some form of recompense for the time and money spent on research for a particular invention, individuals and companies would have no incentive to make this investment. Patents, issued for the novel and useful results of these research efforts, provide means for companies to recuperate these costs. In other words, companies must must be able to make money using an issued patent. These companies can monetize their patents in a variety of ways, all stemming from the principle that patents give their holders the right to exclude others from making or practicing that invention.

The most straightforward way for patent-holding companies to profit is by making and selling products which use their invention. Because others are excluded from practicing that invention, the patent owners have a monopoly on the production and sale of that invention. The USPTO limits patent terms so that this monopoly is a temporary one--no more than 21 years. If the invention is useful and profitable for the duration of the patent term, the patent holder can determine what price to sell the invention for and subsequently profit substantially before any competitors enter the market. In other words, the patent for a particular invention allows a practicing company to secure market share for that invention. This market share itself can be very valuable and, even after a patent term expires or comparable products and inventions enter, can give the original patent-holder a significant advantage over its competitors. 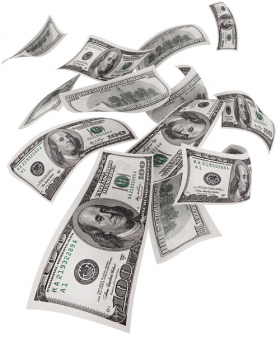 Patent holders also have several monetizations options available to them that do not stem directly from the production and sale of the invention. The first and most direct of these is through patent sale. Many inventors, not equipped or willing themselves to produce the invention, will sell the patent rights to another company who is. The patent’s value [link] in sale is complex, and dependent on projections of how it will bring value to the purchasing company. Though often a patent is worth less in sale than it is in production of the described product, for many entities which focus only on innovation and not production this monetization strategy is essential.

Alternatively, the patent holder can choose to grant permission to other entities to make or practice the invention and ask for a share of the profits in return. This sort of arrangement is known as a licensing agreement, and has become increasingly common with the increase of technological complexity and global commerce. Companies may choose to license their patents if they alone cannot produce it for the available market. In some cases this has to do with production volume, where the patent holder simply cannot produce enough of the invention to sell to everybody who wants one.

Often a patent-holder’s invention can only be useful as part of a product which makes use of other inventions. In these cases licensing arrangements are an inevitability in the production these products without infringement. Licensing can therefore arise from an invention (such as a particular type of circuit) which must inherently be used as a part of another system (such as a processor) which the patent holder cannot produce.
Licensing agreements can also help the patent holder profit from a market that would otherwise be unreachable because of distribution costs, a lack sales infrastructure, or a deficiency in market knowledge.

Though not direct monetization, patents can also be valuable as corporate currency. Cross-licensing is an agreement between two patent-holders mutually agree to allow each other to practice some of their patented inventions. This sort of arrangement is beneficial to both companies because it avoids the need for expensive legal proceedings to enforce the exclusionary patent rights. Because of the value to be derived from patents as described above, companies can leverage their patent portfolios for a variety of other corporate gains as well, including defense against other entities which hold patents for similar inventions.