Happy New Year! This morning, we released our first ITC Intelligence Report, where we looked at more than 7,000 attorneys, 400 law firms and 1,600 companies, measured their performance and activity over the last six years. In 2020, we plan to expand our Insight offerings with two new reports: Patent Litigation and Patent Transaction Intelligence.

In 2019 we observed some new trends. While we saw a big rise in the number of issued US patents, IPR had a big decline. District Court and ITC litigation remained almost unchanged. In terms of litigation venue, Delaware District Court maintained its first place (after PTAB). 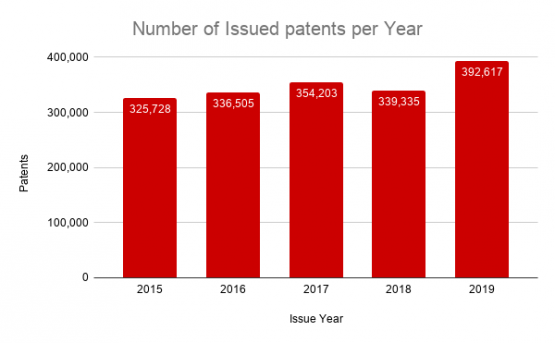 In patent litigation, we saw a small increase in district court cases in 2019. Since 2015, the number of cases filed in US district courts has been declining every year. In 2015, a total of 5,874 cases were filed compared to 3,587 cases in 2019. While the activity in 2019 is substantially lower than 2015 (almost 40%), the number reflects a two percent increase compared to 2018. We will continue to monitor the filing activity to see if this increase will continue further in 2020. 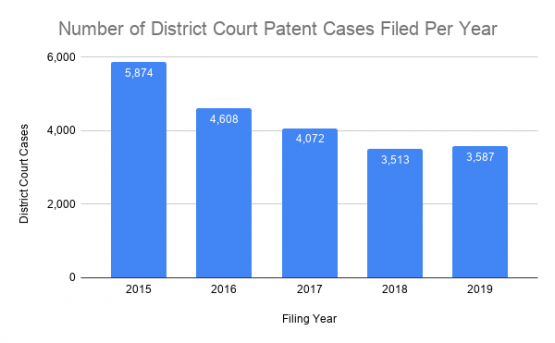 IPR activity saw a sharp decline in 2019. As we had indicated in our previous Patexia Insight articles, IPRs follow the US district court trends with a 12 to 18 month delay. So we were expecting a decline in activity. In 2019, a total of 1,260 IPR cases were filed before the PTAB. This shows a decline of about 22 percent compared to 2018. 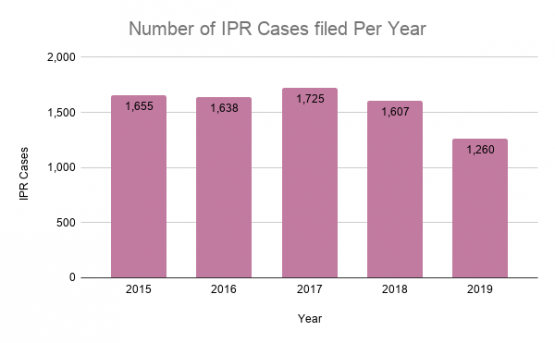 As for ITC Section 337 cases, the activity saw a small decline. A total of 47 cases filed in 2019, compared to 52 cases in 2018. Our comprehensive analysis of all stakeholders including attorneys, judges, law firms and companies (complainants and respondents) are covered in the first ITC Intelligence Report we released this morning. This report is intended to help companies choose the best counsel for their ITC cases as backed by their performance numbers. 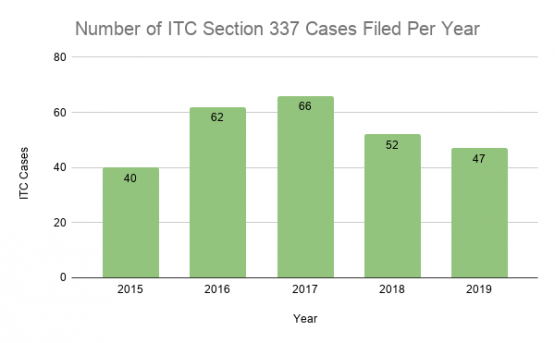 In terms of popular venues for patent litigation, PTAB is still the number one venue overall, but when it comes to district courts, there have been some changes. With TC Hartland rulings and limitations on venue shopping for patent cases, Delaware maintained its top position with a total of 842 cases, followed by California Central and California Northern District Courts with 373 and 364 cases, respectively. 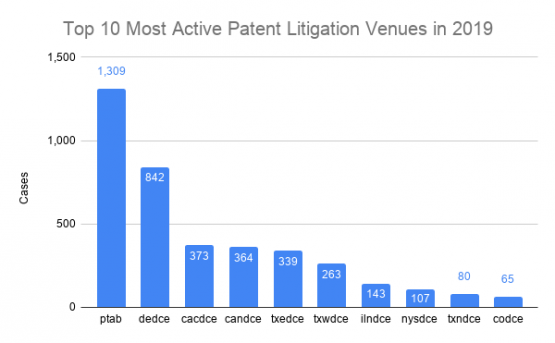 We also plan to improve the report content by including other useful information such as cost analysis and cost of filing patents, comparison of cost models, etc.

In the coming weeks, we plan to analyze patent prosecution data in 2019 as we prepare to publish our second Patent Prosecution Intelligence Report in early March. The report can now be pre-ordered directly through our website or if your company is a Concierge member, you will automatically receive a copy of the report, once it is released. Stay tuned...