In late August, we released our second annual ANDA Litigation Intelligence Report where we evaluated all stakeholders in Hatch-Waxman cases including ANDA attorneys, local counsel, law firms, pharmaceutical companies, and judges. Today’s insight will focus on revealing some of the best law firms involved in these complex cases and their ranking based on their performance and activity.

The study covered a 4-year period from July 1, 2017, through June 30, 2021, where we identified a total of 1,179 ANDA cases, 1,471 ANDA attorneys including 289 local counsels, and 243 law firms. More than 90 percent of all cases were filed in New Jersey and Delaware which made some attorneys and law firms in those states very busy during this period. Similar to last year, we identified the attorneys who mainly acted as local counsel in their states. 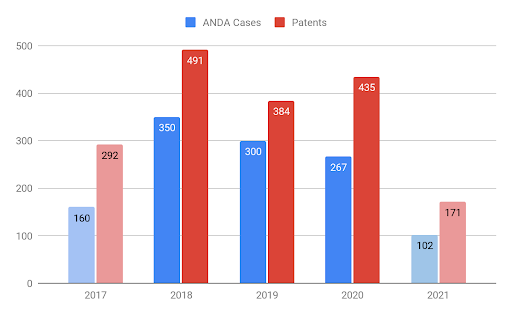 Despite this decline in filing activity which was covered previously in Patexia Insight 112, ANDA cases represent a very popular and profitable area of IP litigation which makes the publication of this report even more important. In fact, our recruiting team is working with several national and international firms, interested in adding Hatch-Waxman litigation to their IP practice.

Our effort in evaluating the stakeholders in these cases helps many law firms distinguish themselves in this important space and also offers valuable insight to pharmaceutical companies (generic and brand) that always look for the best counsel to help them with their next Hatch-Waxman case. The complete ANDA Litigation Intelligence 2021 report covers 116 judges, 364 companies as well as the 1,471 ANDA attorneys and 243 law firms. It is available to all Patexia Concierge members but can also be separately purchased on the Patexia website. 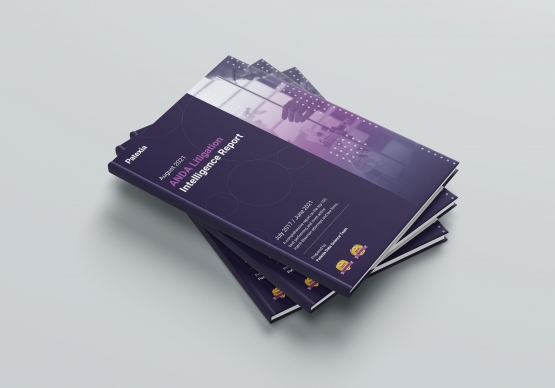 To create a model and generate the rankings for each type of participant in ANDA cases, we used the feedback we received from the ANDA community. Out of the 1,179 ANDA cases filed from July 1, 2017, through June 30, 2020, a total of 781 had concluded with a decision status listed in PACER as of July 25, 2021, which served as the input for the performance evaluation. To calculate and allocate winning points for different stakeholders, we asked a simple question: Does the outcome (Judgment) of the case (whether by consent order or court trial) leave the Defendant better off than they would otherwise have been under the terms of the HWA alone? Summarized below are the official PACER outcome classifications and the score applied:

As for the law firms, the ANDA Litigation Intelligence Report provides a complete list of them with all of their activity, success, and performance metrics broken out by their roles as representing either Plaintiff or Defendant, or Overall (combined). As mentioned earlier, more than 90 percent of all cases have been filed in either Delaware or New Jersey District Courts, so we decided to dedicate a separate section to local counsel and rank them based on their activity.

Here is the list of the law firms who made it to the top for 2021 in no particular order:

Stay tuned as we plan to continue covering the ANDA litigation by identifying some of the top ANDA attorneys for 2021 as well as a similar coverage for the top attorneys and law firms for IPR.

Note: A version of this article appeared on IP Watchdog