Last month, we released our first ITC Intelligence Report. For the first time, we ranked ITC law firms and attorneys based on their performance and activity. Our research team analyzed the outcome of 308 ITC Section 337 Investigations, filed from January 1, 2014, through December 1, 2019. For all the terminated cases, we identified the outcome (e.g., violation, no violation, settlement, etc.). Then, depending on the outcome and win/loss of parties (i.e., complainants and respondents), we allocated points to each side, including the law firms and attorneys representing them to calculate their performance. The ITC is a unique and fast-paced venue, so choosing experienced counsel is crucial..

The full report, which covers all of the nearly 400 ITC law firms, up to 1,000 of the most active ITC attorneys in various categories, 1,639 respondents and complainants, and 9 ALJs (Administrative Law Judges) is available to Patexia Concierge members on the site and in PDF format. It can also be obtained online through Patexia, but here we will cover some of the highlights as well as a number of the top law firms and attorneys, as identified and covered in our 2020 report. We also have reached out to most of these law firms to learn about the best practices and what makes their operation different. We have covered some of their feedback here in this article. 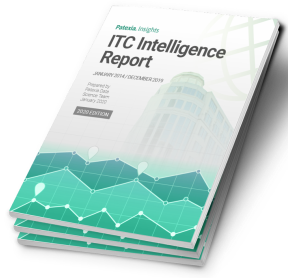 Out of a total of 308 ITC Section 337 investigations, filed during the period of our study, as of last December, a total of 212 cases had been terminated, while the rest were in different phases and were still pending.

As we explained in Patexia Insight 73, we came up with a model to measure the activity and performance of all stakeholders. As for the activity, we counted all of the ITC investigations in which a company or its representatives (i.e., law firms or attorneys) were named in one of the publicly available documents related to the investigation (e.g., PO Subscription documents). For the performance calculation, we used the following table to allocate and calculate points for all stakeholders, based on the outcome of all terminated investigations (212 cases).

Then we measured both activity and performance, for three separate categories:

We ended up with a total of six categories. We ranked the Best Performing and Most Active law firms and attorneys for the period of this study. Here are some of the highlights (in no particular order):

The full 70-page PDF report, covering numerous ITC statistics and the Top 100 in six categories, together with an extended list in an Excel file, which covers up to 1,000 of the most active attorneys, all ITC law firms, respondents and complainants, is available and can be downloaded from the Patexia ITC Report 2020 page. If your firm or company is a member of Patexia Concierge, you can download it by logging in to the site and clicking the “Download” button on the report page.

In the following weeks, we will publish some statistics related to patent prosecution, as we released our second annual Patent Prosecution Intelligence Report this morning. We will also look into the cost of patent prosecution, a topic extensively covered in our recent survey, reviewing the cost variations based on the location of law firms (e.g., coasts vs. midwest).

A version of the article was originally published on IPWatchdog.