Last week, we released our 4th Annual IPR Intelligence Report. For the first time this year, we dedicated an entire chapter to cover IPR cost and staffing. The goal was to help all stakeholders to better understand the current market and the cost structure of IPR. This not only helps companies with budget allocation for litigation spending but also provides some guidance to law firms whenever they need to prepare a proposal for a potential client. This week, we will break down a typical IPR into multiple phases and look into different factors that could impact the cost.

This cost review and analysis, which was provided in Section 2 of the IPR Intelligence Report was based on our IPR survey data we collected in July. 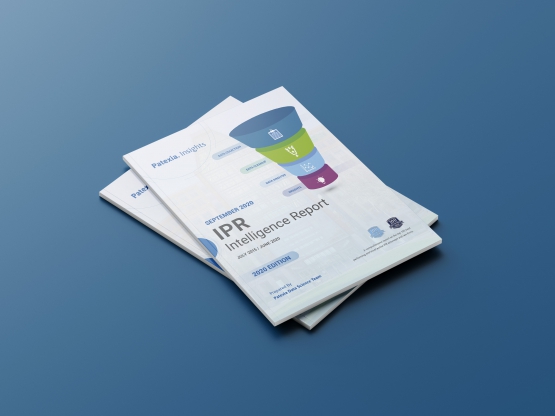 Cost modeling has been our focus for quite some time. As some of you might have already noticed, we have started estimating the IP revenue for all patent firms. For example, if you visit any law firm page on Patexia, you can see our estimate for their annual patent prosecution revenue (e.g., Alston & Bird, Perkins Coie, and Wolf Greenfield). We have also estimated the IP cost for corporations. This is also available on Patexia (e.g., Microsoft, Apple, and Google).

The current models only cover patent prosecution and by no means are perfect. Although our data scientists are working on improving and perfecting the patent prosecution cost models by taking into consideration factors such as size and brand of the firm, type of the applications (e.g., foreign vs. domestic) and even the geographical locations of IP attorneys and the client size/technology area, at the same time, they are also working on developing new models for other areas of IP such as trademark, patent litigation and of course, IPR.

We have defined the following nine phases that a petitioner may go through. This process should be done both from the perspective of the petitioner and the patent owner. However, to keep this short, here we are going to only look at the petitioner’s side. The nine phases include:

The case obviously may be terminated during each of the above nine phases and that could substantially change the total cost. For example, an early settlement or denial will immediately reduce the cost for both parties.

The cost structure and how the petitioner or patent owner work with their counsel, to a large extent depends on the co-pending district court cases and the overall litigation strategy. As a result, sometimes it may be beneficial to work on an hourly basis (e.g., if the petitioner expects an early settlement) while sometimes a fixed fee model may be suitable.

We have also seen other popular methods such as capped fee or contingency (success-based) models. Contingency for IPR is often very rare and is usually used when the attorneys or firm representing the patent owner is heavily invested in the outcome of the district court case (takes a large percentage of the profit).

The total IPR cost the patent owner or petitioner pay is made up of several components such as attorney fees, expert fees (including the prior art search cost for the petitioner) and PTAB fees.

The cost is also a function of many other factors such as:

The full 129-page report also covers the typical associate or partner hourly rates as well as expert costs. While the total IPR cost depends on how far the case progresses and when it gets terminated, our survey results indicate that even for those cases that reach the final written decision, there is a big difference between different firms. The total attorney fees for completed cases (those with FWD Decision) ranges between $100,000 to $600,000 based on our survey. This wide range makes the task of IPR market size estimation more complicated than a quick back of the envelope calculation.

Our data science team has been working on the IPR cost modeling problem for quite some time and we expect to have some improved and reliable models before the end of the year that we can present on the site. Our goal is not only to estimate the IPR cost at the attorney level but also to identify the rainmakers and relationship partners who manage the relationship with clients using artificial intelligence. This information is very useful and helps Patexia’s recruiting division to perform targeted data-driven recruiting.

In the following weeks, we plan to publish some of the top IPR attorneys in 2020. Stay tuned...