Update: Thanks to one of our readers who discovered an error in our ITC numbers for Q3. We have already updated the article with the correct data.

The following chart compares the quarterly filings for IPR, ITC, ANDA and patent litigation (district court). As shown in the chart, in Q3 a total of 22 new ITC cases were filed which was up almost 83 percent compared to 12 cases filed in the previous quarter (Q2 of 2020). 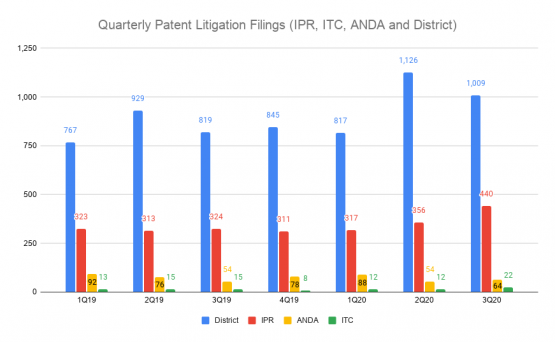 This confirms that the rising trend we observed in the previous quarters has continued in the third quarter as well (Patexia Insight 85). Our conversation with IP attorneys also confirms that many firms have also seen an increased workload in the past few months. 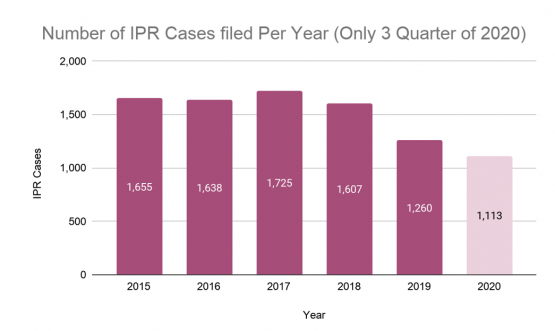 This reversal in patent litigation activity prompted us to work on the first Patent Litigation Intelligence Report. Our team of researchers and data scientists has already started working on the raw data and we expect to have the report ready in early January.

Last quarter we also released two other Patexia Insight Reports. For the first time, we published the Patexia ANDA Intelligence Report and last month we released our 4th Annual IPR Intelligence Report. Both reports were received well by corporations and law firms. 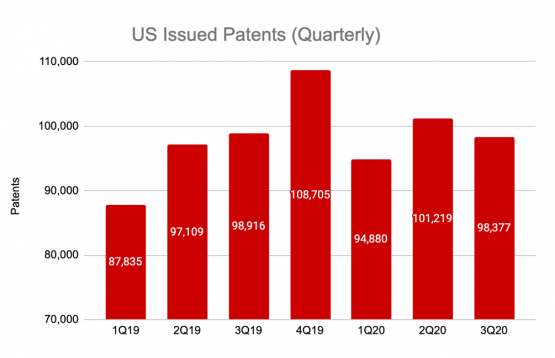 The following chart shows the number of issued patents since 2015. Although the growth has decelerated lately, every year except 2018, the growth has been positive. Let’s see if this trend continues in 2020 as well. 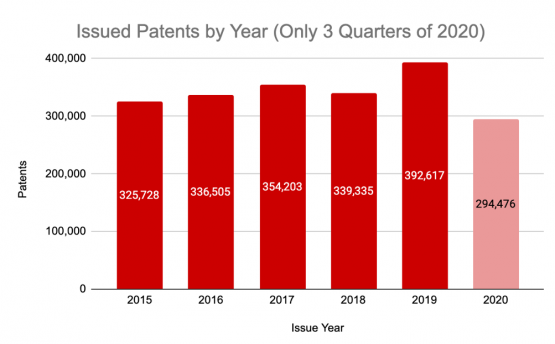 During the previous quarter, our data science team also modeled IP spending and revenue for corporations and law firms. The model is evolving but so far, it covers patent prosecution, PTAB and trademark prosecution. Last week, we published the estimated patent revenue in 2019 for the top 10 patent firms by revenue (Patexia Insight 92).

In terms of the litigation venue, in the third quarter, the Western District Court of Texas has remained at the top with 662 cases (after PTAB), followed by Delaware District Court with 544 cases. 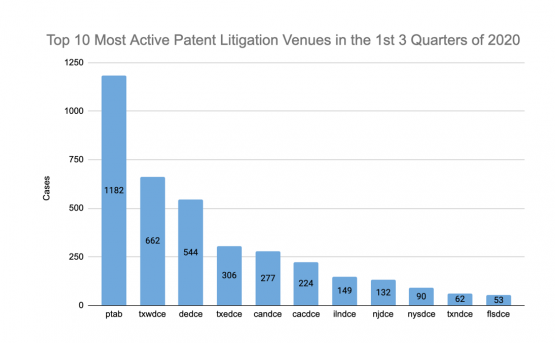 In the coming weeks, we will continue our coverage of patent litigation as we prepare to release our first Patent Litigation Intelligence Report in early January. We will also cover more statistics about trademark prosecution and we plan to investigate the IP spending (specifically the US patent prosecution spending) by some of the most active companies. Stay tuned….