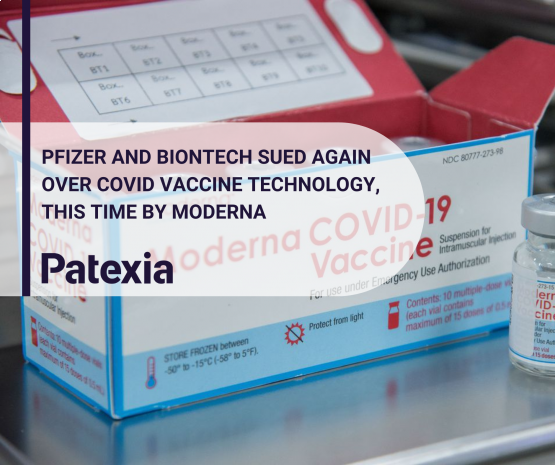 Less than two months ago, Curevac filed a lawsuit in the German Regional Court in Düsseldorf against BioNTech over patent infringement alleging that BioNTech’s Covid-19 vaccine infringed its patents related to mRNA technology. With their research and rich patent portfolio related to mRNA design, delivery, and manufacturing, they attempted to create their own vaccine. However, it was abandoned as it was less effective than others in the market. In their press release, they seek no legal action which impedes the production, sale, or distribution of the vaccine; instead, they require royalties and damages based on the vaccine sales. This time, one of the successful COVID-19 vaccine manufacturers is suing both Pfizer and BioNTech, filing two lawsuits in the United States District Court for the District of Massachusetts and the Regional Court of Düsseldorf in Germany. Moderna got founded in 2010 with a name coming from the words “modifying” + “RNA”, pointing to the fact that this company’s focus was the research into mRNA. Its cofounder, Robert S. Langer, is one of the top experts in area of chemistry, biotechnology and pharmaceuticals, holding around 1,400 patents and being one of the most published and cited scholars of all time. On the other side stands Pfizer, the American pharmaceutical and biotechnology corporation who partnered with BioNTech, a company founded by Dr. Ugur Sahin and Dr. Özlem Türeci, husband and wife. They were focused in cancer treatments using mRNA, however in a conference with experts of the field, Dr. Sahin claimed that they could develop a mRNA vaccine in the event of a global pandemic. This resulted to be a prophetic statement as Pfizer and BioNTech managed to bring the vaccine into production in less than a year from the moment the SARS-CoV-2 was discovered.

The Pfizer and Moderna COVID-19 vaccines were the first mRNA vaccines that humans received outside of clinical trials. Under normal circumstances, vaccine development takes 10 to 15 years. However, amidst the global pandemic with the coronavirus situation, time was a luxury nobody could afford. SARS-CoV-2 was identified and sequenced in December 2019. By December 2020, Pfizer had already taken the necessary steps for the vaccine development and received emergency use authorization by FDA, becoming the first vaccine on the market. The same happened with the Moderna vaccine, which received the same authorization just a week after Pfizer. In the press release published yesterday, Moderna announced that it is going to sue both Pfizer and BioNTech for infringing patents related to the mRNA technology used to develop the vaccines. In the lawsuit, they mention that the Pfizer BioNTech vaccine infringes three patents that Moderna filed between 2011 and 2016 related to the mRNA technology.

By analyzing the lawsuit, it’s believed that the litigation between the rivals whose vaccines have saved potentially millions of lives worldwide will not impact the production, sales, or access to Covid vaccines. However, it will likely be expensive litigation that will not only dictate the profits and eventual royalties from the current Covid vaccines but also decide who will control the groundbreaking mRNA technology. Messenger RNA is a molecule that cells use to produce proteins, while the vaccines produced by both Pfizer and Moderna exploit this by making cells create small harmless pieces of coronavirus in order to train and strengthen the immune system to fight an eventual upcoming infection. This technology will surely have more applications in the near future, so these battles that will decide the fate of the patents related to the mRNA technology will also decide which company other pharmaceutical companies will have to get a license from.