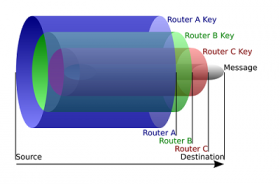 Imagine a future where Facebook could actually help you become more anonymous online. Where the more people you connect with online, the safer you are. Where your vast social network acts as a cushion between you and malicious users. If the team behind Pisces has its way, this unlikely scenario could actually become a reality.

Pisces is the brainchild of researchers from the University of Texas, the University of California, Berkeley, and the University of Illinois at Urbana-Champaign. It's a system that leverages users' relationships on social networks to create more secure connections. Think Tor, but even safer. Tor was initially developed to address concerns around privacy. It provides data encryption and operates by routing users through a random set of servers. Tor (which is abridged for The Onion Router) is a network designed to increase online anonymity and privacy.

Onion routing describes the nature of how Tor operates in that the data being sent is encrypted multiple times as it moves through the various relay points within the communication infrastructure.

While Tor does increase anonymity, it still suffers many of the limitations of most peer-to-peer technologies. First, the "random" nodes used to relay information really aren't random. In reality, each node is simply an individual who is permitting Tor to utilize their systems by installing the free software. This means that a syndicate - note the assumption of a criminal element - can simply insert its own nodes into the system. Once it has enough nodes in the network, it is a relatively simple matter to monitor communications. Tor, despite offering advantages, also does very little to protect communications from governmental authorities. Pisces was specifically designed to address some of these deficiencies. 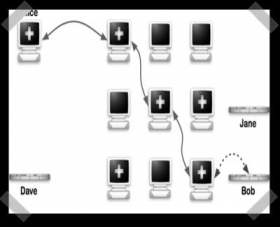 Looking at recent events, this couldn't come at a better time. Anonymity is in high demand, and people are starting to finally think more about their behaviors online and how they affect their lives in the "real world." New privacy software is popping up constantly, and according to the Free Software Foundation, as of 2011 Tor has had over 36 million users since its release in 2002.

Pisces provides a new methodology for assessing the trustworthiness of the nodes within a network. The premise is relatively simple. Social networks are built on "real world" relationships, and these relationships are used as a factor in determining the security of the node. A simplified analogy, similar in logic, would be the community driven rating system used by eBay members. In this system, existing members of the community use a self-administered honor system to rank the worthiness of individuals (who they may or may not have directly done business with). This system, which has been studied numerous times, tends to be very accurate when judging the reliability of an individual actor within the ecosystem.

Pisces utilizes a similar concept, but with the application of additional business rules. Pisces uses social media connections in tandem with encryption to route data through connections which have a higher probability of being secure (i.e. not malicious). Since malicious nodes rely on being linked with lots of other malicious nodes (there is strength in numbers) in order to carry out an attack, nodes with high numbers of links are less likely to be trusted. This prevents hackers from setting up fake accounts to validate each other and routing traffic through their own social network.

The system also requires that in order for traffic to be routed from one node to another, each node must link to the other. If one node deletes information about another node, that node will automatically delete the first node's information in return. With this system, malicious nodes tend to eventually end up in a situation where they can only talk to each other.

However, there is also a strategic paradox in the solution provided by Pisces. While the privacy of the data being transmitted has a higher chance of not being intercepted, on the downside, a user of Pisces is revealing (and validating) their social connections to other observing parties (like the government). Therefore, the privacy benefits in one area are offset by the loss of privacy in another. It also does not protect against attacks targeted towards a specific individual. As with any decision, there is a trade-off involved that has consequences (of both a positive and negative nature).

Pisces represents another step in the evolution of onion routing. While the effort represents a slightly different validation paradigm than existing methods it doesn't change the fact that ways to perform malicious attacks are becoming quite sophisticated and tend to evolve faster than security researchers can keep up. Any time a new technology comes out, someone finds a way (or multiple ways) to hack, exploit, or, if it's the new iPhone, jailbreak it.

But the silver lining is that this conflict forces researchers to be creative in their solutions innovating while protecting.