This week, the Patexia Data Science Team looked at multiple data sets from different sources, including the United States Patent Office (USPTO), PACER (Public Access to Court Electronic Records), and the Law School Admission Council (LSAC) from 2009 until the end of 2015. While the demand for patent attorneys, especially with technical backgrounds, is generally healthy and strong, all data suggest the number of trained patent professionals is rapidly declining.

The legal profession has been facing a major retrenchment, which is more structural than cyclical. Looking at the Law School Admission Test (LSAT) participation and the reduction in the number of applicants for law school over the past several years confirms this assumption. However, the number of those qualified to sit for the patent bar exam has been declining even more rapidly. 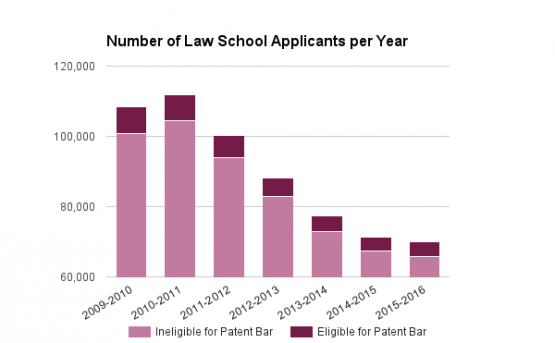 We can draw similar conclusions from the annual registration number for patent attorneys and patent agents at USPTO. The number of professionals who took the patent bar exam and registered at USPTO as an attorney or patent agent declined from 2,024 in 2009 to 1,578 in 2015, or roughly by 22%. However, it is interesting that during this period the registration for attorneys dropped by more than 30% from 1,352 to 948. For patent agents though, the number dropped only by 6% from 672 in 2009 to 630 in 2015. 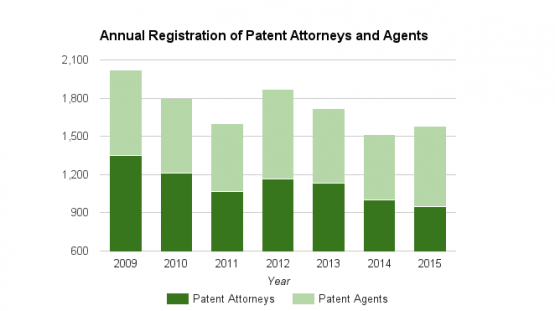 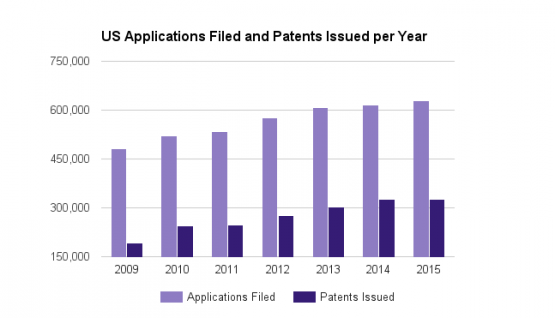 To be clear, the litigation trend has slowed in the first half of 2016, suggesting that the new cases are settled in a shorter time (thanks to post grant proceedings and other recent cases, such as Alice that changed the landscape dramatically). 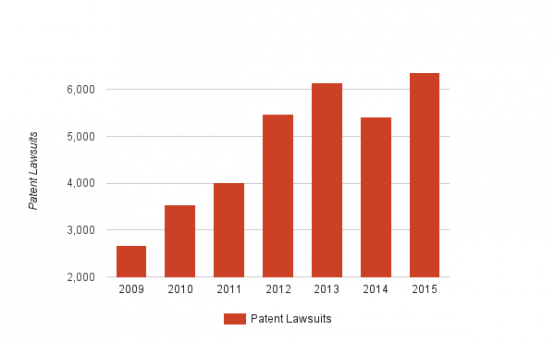 Why is there a faster decline for patent attorneys versus other attorneys?

One of the key contributors to the rapid decline in patent attorneys is the higher demand for technical professionals, driven by the tech industries. The entry-level salary for a good software engineer is easily in six figures in most major US cities. And high demand still exists from startups and large tech companies, such as Apple and Google, that is going unfulfilled. Such high starting salaries give graduates of these fields even less incentive to invest and/or borrow $100,000 or more and spend three years of their lives in law schools, while missing the opportunity of working in the growing tech sector.

Law firms are generally aware of this decline in new law graduates. As recently as June, a number of large law firms announced a raise for their associates by up to $20,000 per year, triggered by Cravath on June 6, 2016, and then followed by most of the AM Law 100. Most of the top firms now offer $180,000 as a starting salary for their first-year associates in the major metropolitan areas.