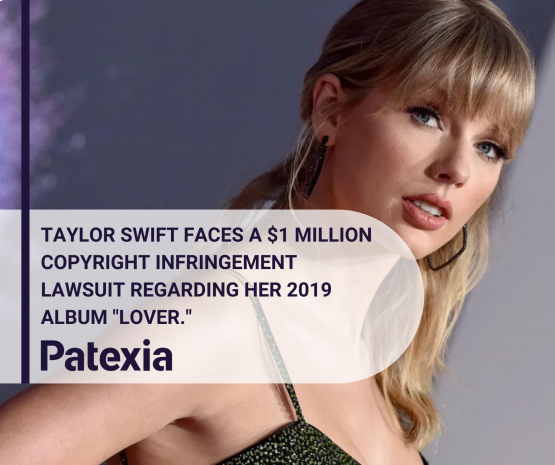 Taylor Swift’s “Lover” album topped the charts in the US, Australia, Canada, Mexico, and UK back in 2019. It sold almost 700 000 copies in the first week alone and 3.2 million copies during that year also becoming the best-selling album of the year. Now, three years later, it faces a $1 million copyright infringement lawsuit.

Teresa La Dart, a Memphis, Tennessee writer, filed a lawsuit against Swift Western District of Tennessee on Tuesday claiming that the singer-writer has infringed several copyright elements from her book “Lover” published in 2010. Interestingly, Tuesday, August 23, 2022 was the last possible date that she could file the copyright infringement lawsuit. This is due to the three-year limitation period that the U.S. Copyright Act states. Every time that an owner of a copyrighted work claims infringement, they have three years to file the lawsuit. In this case, Swift’s album was released exactly on August 23, 2019.

In the lawsuit,  it is alleged Swift used "creative elements that copied the expressive design arrangements". La Dart claims that Swift’s album cover has the same format for the front and back covers and a similar color scheme with pink and blue colors, besides the title which is the same for both the book and the album. Requesting both actual and statutory damages, La Dart claims in the lawsuit damages of $1 million.

This is not the first time Swift faces copyright infringement lawsuits. She is currently involved in another lawsuit over her 2014 hit “Shake It Off” with the R&B girl group 3LW claiming it has infringed their song “Playas Gon’ Play”. For the same song, Taylor Swift has already defended herself successfully from a lawsuit coming by R&B artist Jesse Graham.